In Living, Vasilii Sigarev depicts three variations on coping with the sudden loss of loved ones—of a husband, of children, and of a father.  It does not help the individuals who are left behind in the film that they are not particularly well-socialized.  They know it, too. Grishka (Iana Troianova) frequently characterizes herself and her fiancé Anton (often called Mama) as “mental”; their wedding is marked by the absence of friends and family. Galia Kapustina (Ol’ga Lapshina) is a recovering alcoholic who struggles to prove to social services that she is a fit mother.  The young boy Artem, who resists his mother with a sullen demeanor, seems unlikely to grow up into a well-adjusted adult.  To reinforce their flaws, the majority of these characters are introduced in highly unflattering close-ups.  Yet they also clearly scrabble for respectable lives: Grishka’s wedding to Anton is only the beginning of a well-ordered future; Kapustina has won back the right to raise her children; and Artem strives to defend his absent father.  The very inadequacies and wasted efforts of these people make the losses of their loved ones even rawer.

Sigarev’s film follows a current trend in Russian filmmaking, in which the film is composed of multiple plots with wholly separate casts.  In spite of the brief migration of a single rotund figure (later to be identified as Artem’s father, played by Evgenii Sytyi) across the horizons of all three central characters, Sigarev arranges the narratives of Grishka, Kapustina, and Artem in three discrete parts.  Even so, the film has internal coherence, as the ways in which these characters deal with sudden loss end up following a common trajectory, including a stage of hallucinatory denial.

The hallucinatory stage of grief is hardly comforting in a traditional sense.  The wishful negation of death entails ghastly details: the return of Anton as a near-corpse groom, twins who have been buried alive, the nearly-homicidal abusiveness of Artem’s mother. However, Sigarev frames these hallucinatory narratives with unsentimental details and authoritative indifference in “real life.” Additional gut-wrenching scenes make visible what these individuals experience when left without the cushion of hallucination.  A particularly effective sequence conveys a moment of unbearable grief with a long tracking shot that follows Grishka down the length of a train; we see, but do not immediately hear, how she calls for help.  It becomes clear: the gothic nightmares are in many ways preferable to living with that loss in that life, and may even be necessary for survival. 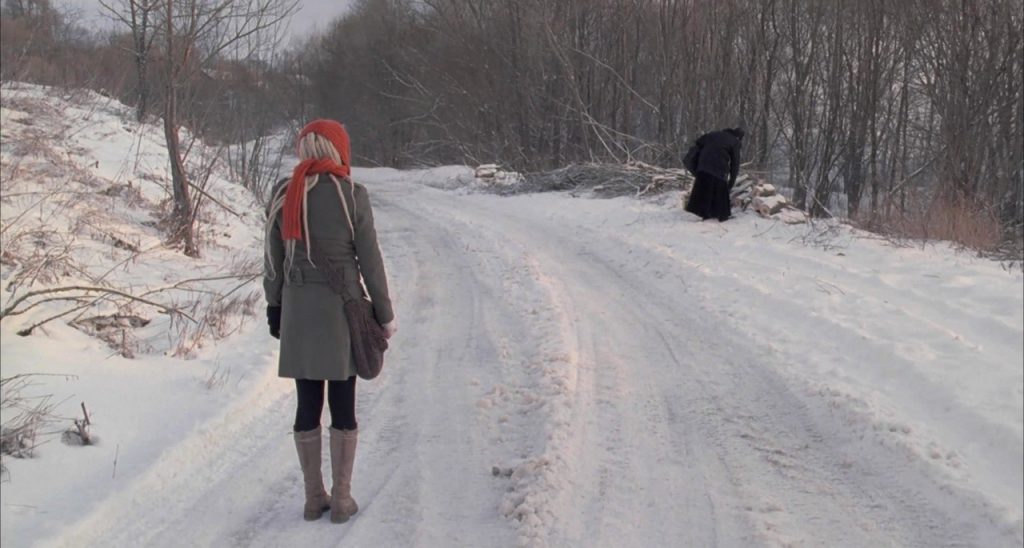 The film was shot in the city of Suvorov in the Tula province, which provides a gritty landscape redolent with an atmosphere of death. At times, it seems that that characters themselves can recognize the presence of death in various symbolic signs, but Sigarev avoids giving those images any actual prophetic power. Certainly, Grishka (it seems) accurately reads ill omens in the knocking of a woodpecker and in the moment when Anton’s candle blows out during their wedding ceremony.  However, Kapustina also reads “signs” in her world that are not realized in her life; the out-of-season bloom of her African violet, it turns out, does not promise any good for the future.  The audience is invited to perceive these symbols along with the characters, but is not allowed to use them to make sense of the plots or the experience of loss.

The key symbolic image of death in Suvorov, the river, goes uncommented upon by the characters.  In the first moments of the film, an ordinary river takes on characteristics of the Styx.  This image is strongly connected not to a natural milieu, but to a hydroelectric station.  The overlapping chords of an electric guitar (evoking the slow rolls of waves) dominate Pavel Dodonov’s score and reiterate the linkage between the river and industry.  If the natural river is on the verge of freezing and stopping as autumn slides into winter, the hydroelectric station ensures that the Styx always flows.  And if the changing of the seasons would suggest natural death in old age, human innovation offers a multiplicity of unnatural deaths at any age.

The on-screen changing of the seasons reduces much of the film’s color palette to a series of blues, grays, and browns, punctuated by reds and pinks.  Though the color red is clearly associated with spilled blood, it is hard to deny the relief offered by its appearances from the unremitting doldrums of winter.  Red’s presence as a tiny, arresting dot in the title screen guides the viewer to pay attention to future moments in which the color appears. Rather than dwell on symbolic meanings for the color, however, one might take its presence as a signal for contemplation.  For example, red often appears in what might be considered pillow shots taken from a long distance by a still camera.  The color is also tied to a key moment of cognitive rupture within the narrative. 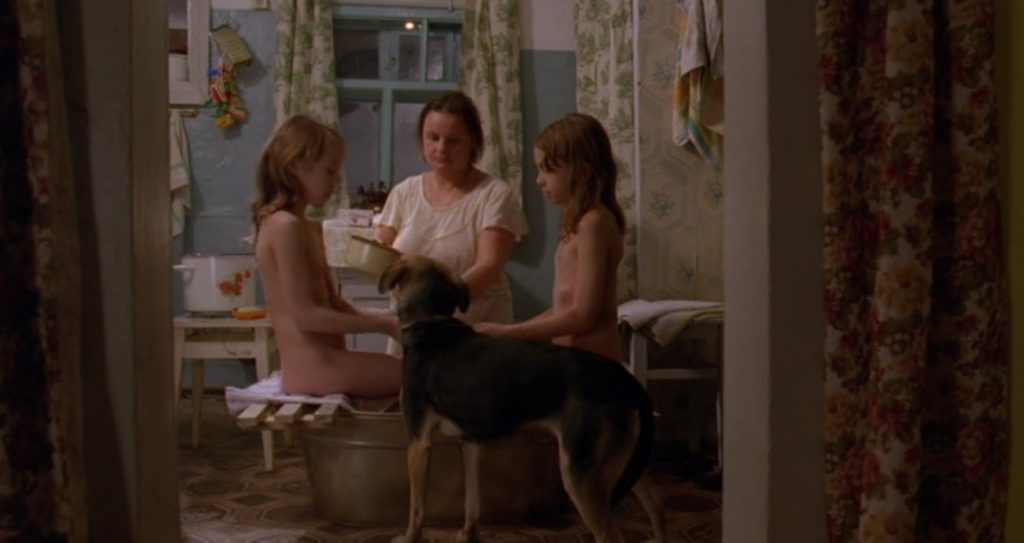 Sigarev has said he takes his stories from his own life and the lives of his family, who come from provincial cities similar to Suvorov. Kapustina, for example, is modelled on an aunt who experienced a similar breakdown.  In translating “true stories” to film, however, Living has gone beyond ethnography or memoir. Sigarev offers a film about how sudden losses are suffered in ways that are, in many respects, universal.  Yet, in spite of the fact that these experiences hold much in common, every instance is endured in exquisite loneliness. 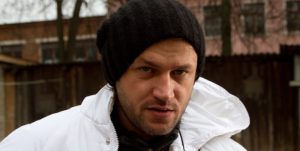 Vasilii Sigarev was born in the Ural region, in the city of Verkhniaia Salda.  His primary training is in theater.  Sigarev studied dramaturgy under Nikolai Koliada at the Ekaterinburg Theater Institute, graduating in 2002, and has won several prizes for his plays, including the Debut, Anti-Booker, Eureka, New Style, and the Evening Standard awards.  He made his cinematic debut with Wolfy to great critical acclaim in 2009, taking Best Film at Kinotavr and Best International Film at the Zurich Film Festival.  Work is currently underway on his third feature under the title Amusing Ethology.