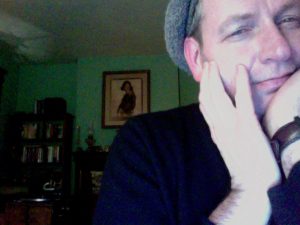 A media historian, Mark Lynn Anderson is interested in deviance as it relates to the communications industries of the early twentieth century, particularly the cinema. His research considers how non-normative ways of being in the world have been engaged with and negotiated by emergent media institutions and by the forces of media regulation and control. Anderson has published several book chapters and journal articles on celebrity scandal, the early star system, film historiography, motion picture censorship and regulation, and early film education. He is the author of Twilight of the Idols: Hollywood and the Human Sciences in 1920s America (University of California Press, 2011), and he is currently at work on a book-length study of the corporate legacy in American film historical writing.