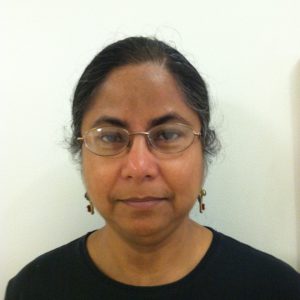 Neepa Majumdar is Associate Professor of Film Studies in the English Department at the University of Pittsburgh. Her research interests include film sound, star studies, South Asian early cinema, and documentary film. She is the author of Wanted Cultured Ladies Only! Female Stardom and Cinema in India, 1930s to 1950s. Her research tracks the transmutations that occur in such seemingly self-evident ideas as “stardom” and “aurality” as a way to remap the specificities of locally grounded cinematic cultures in early twentieth century India, where the nationalist project remained firmly in conversation with Hollywood and international cinemas. Her current book project, on cinematic and extra-cinematic sonic cultures, focuses on the period just before and after the transition to sound in Indian cinema, with an interest in mapping the transition itself as a gradual shift in sonic cultures that extended before and after the pivotal date of 1931, the official coming of sound to Indian cinema.