Like her previous films, Larisa Sadilova’s sixth feature film, She, is also set on the margins of contemporary Russian society.  This time her film focuses on the life of migrant workers from former Soviet republics and on their encounters with local Russian people.

The story of the film is simple: a young Tajik girl, Maija (Nilufar Faizieva), flies to Russia following her fiancé, Khamid (Makhsum Abdullaev), where he works as a guest worker and lives in the slums with other workers like him.  He promises to marry her, but eventually leaves her with barely known people and returns back to Tajikistan for a marriage arranged by his parents.

Spatially, the film is set in two locations: while in the first half of the film Maija’s and Khamid’s story unfolds in the slums of migrant workers, in the second half, after the raid by the immigration service, the heroes are forced to move to a Russian provincial town where Khamid’s uncle Akhmad (Rakhmat Khaidarov) is settled with a local woman, Nadia (Natil’ia Isaeva), and is attempting to get Russian citizenship for his son Roma (Todzhiddin Khalikov).  Initially, a third location, set in Tajikistan, was planned in the script, but due to changes in the political climate between the two countries and the toughening of immigration laws, funding was reduced and shooting in Tajikistan did not take place. 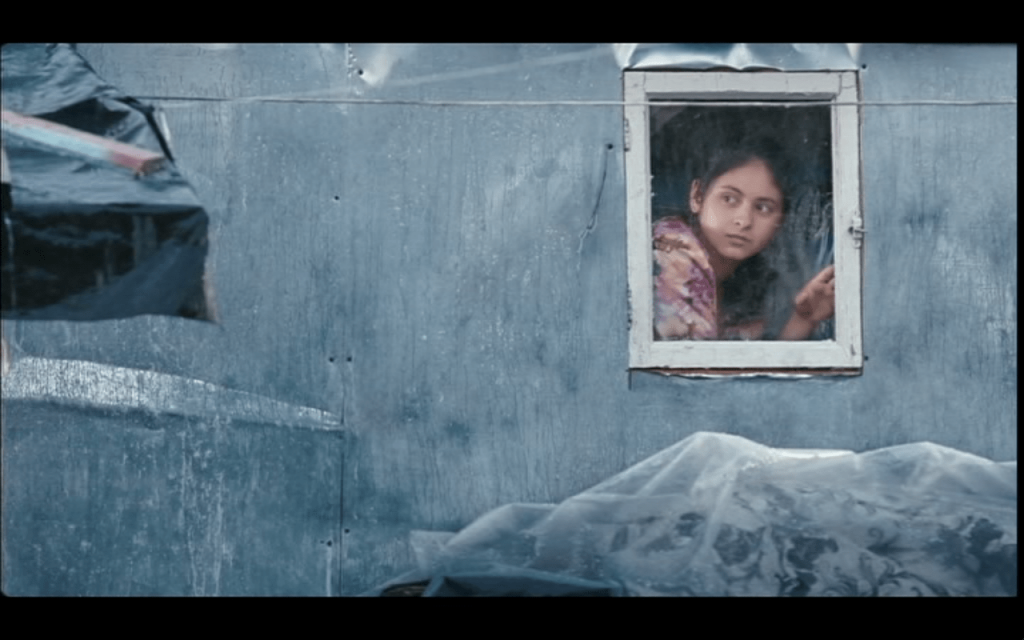 The film enters the world of migrant workers through Maija’s mediation.  She is at the same time alien to and kin with the community.  The camera follows Maija in her curious but cautious investigation of the place.  At first glance, the guest workers’ shabby barracks looks sinisterly dark and cramped, but gradually the camera reveals the internal everyday life of the place: an evening meal prepared on the fire, a group of people watch television, men go to work in the morning, a Kazakh single mom neighbor does her chores, another neighbor repairs his cardboard dwelling in anticipation of a cold winter.  Overlapping with Maija’s cautious perspective, the camera neither denigrates nor embellishes the view of the settlement, but rather delicately follows the details of the residents’ everyday lives.  This perspective conveys a documentary-like quality, which is reinforced through the use of non-professional actors (actual guest workers) and carefully constructed sets that thoroughly replicate the real barracks.  This curious but cautious pseudo-documentary point of view helps to convey the texture of the depicted world of migrant workers and to open often-invisible parts of their lives.  This attentive point of view becomes even more palpable through the contrast of the episode with an intrusive cameraman, who attempts but fails to capture the lives of the migrant workers; they turn their backs on him or simply lie to the inquisitive cameraman.

After Khamid and Maija move from the barracks to stay with uncle Akhmad, the melodramatic line of the narrative unfolds around Maija: Khamid leaves Maija and she stays with uncle Akhmad, his common-law wife, Nadia, and his son Roma, with whom she becomes closer.  Here the film shows multiple facets of the interaction between migrant workers and local people: uncle Akhmad negotiates with the military commissar to get his son Roma into the Russian army; over a bottle of beer Akhmad’s business partner Boria (Iurii Kiselëv) teaches Roma, who barely speaks Russian, no less than Pushkin’s verse; and more importantly, Nadia, with her love and compassion, allows her interaction to rise above nationalistic and cultural frictions. 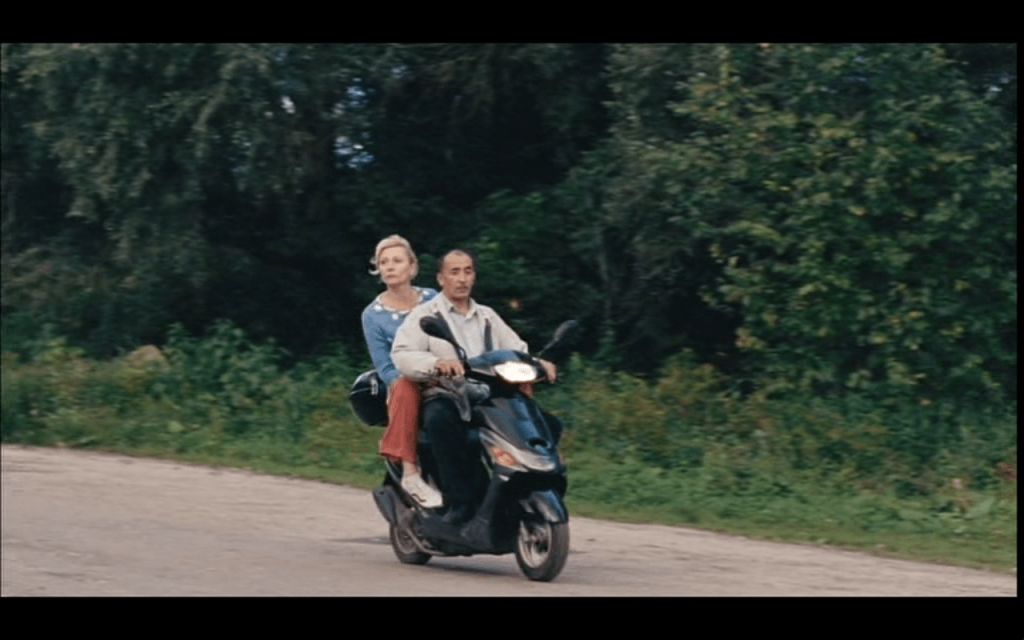 This is captured not only in her relationship with Akhmad, but also in her interaction with Majia.  Repeating a familiar trope of the emancipation of Central Asian women, Nadia persuades Majia to change into European clothes and argues with Akhmad over imposing his conservative views on young Maija.  When Maija becomes a burden and even a shame to her compatriots, it is again Nadia who offers help.  It is as if the film gradually reveals how female bonds outweigh national bonds and how feminine compassion and love help to overcome cultural and linguistic barriers.  In the penultimate scene at the bus station, when Nadia and Maija see off Akhmad and Roma, the camera tracks several similar couples with other “Nadias,” whose love and compassion gently offset the antagonism toward the migrant workers.

When Sadilova states that the film is about love, she seems to have in mind this all-embracing feminine love, epitomized by Nadia.  In one of her interviews, the director acknowledges that all her films have a female perspective, but then adds, “I am not a feminist.  I am against both gender equality and inequality alike.”

Larisa Sadilova came to Moscow from Briansk, a town that informs the settings of several of her films.  She graduated from the State Institute for Filmmaking (VGIK) in 1982 after completing her studies in the workshop of directors Sergei Gerasimov and Tamara Makarova.  Her directorial debut, Happy Birthday! (1998) was the cinematic event of the year in Russia; since then, she has continued to garner attention on the domestic and international film festival circuit.  In addition to her work as scriptwriter and director, Sadilova has acted in films, including Gerasimov’s Lev Tolstoi (1984).