Celestial Wives of the Meadow Mari

Celestial Wives of the Meadow Mari is the third film in the tandem between the writer Denis Osokin and director Aleksei Fedorchenko. The film both continues and departs from their earlier works, Silent Souls and Shosho. Like their previous films, Celestial Wives proved a festival success, receiving prizes at both Russian and international festivals.

Celestial Wives is united with the previous two films by its preoccupation with the imagined Finno-Ugric culture and folklore. Silent Souls recreated the no-longer-existing Finno-Ugric tribe of the Meria, placing it in contemporary Russia. Shosho allegorically represented a day in the life of the high priest of the Mari animistic religion. Unlike the elegiac Silent Souls, Celestial Wives has a carnivalesque and celebratory atmosphere that is largely due to the cinematography of Shandor Berkeshi. This atmosphere is sustained throughout the film, even though the implications of some episodes are quite dark. Unlike the earlier Shosho, which focused on the male priests of the Mari animist religion, Celestial Wives focuses on the life of rural Mari women.

The Mari are a Finno-Ugric ethnic group within the Russian Federation. The autonomous republic of Mari-El is located in the Volga region. The Mari have preserved their language—Meadow Mari, used both in Celestial Wives and Shosho, is one of its dialects. Compared to other Finno-Ugric groups within the Russian Federation, the Mari have the strongest sense of their cultural identity, and, despite pressure from their Muslim and Christian Orthodox neighbors, they have preserved their ancestral animist religion. They are even sometimes referred to as “the last pagans of Europe.” This preservation of animistic beliefs and worldviews appears to fascinate both Osokin and Fedorchenko. 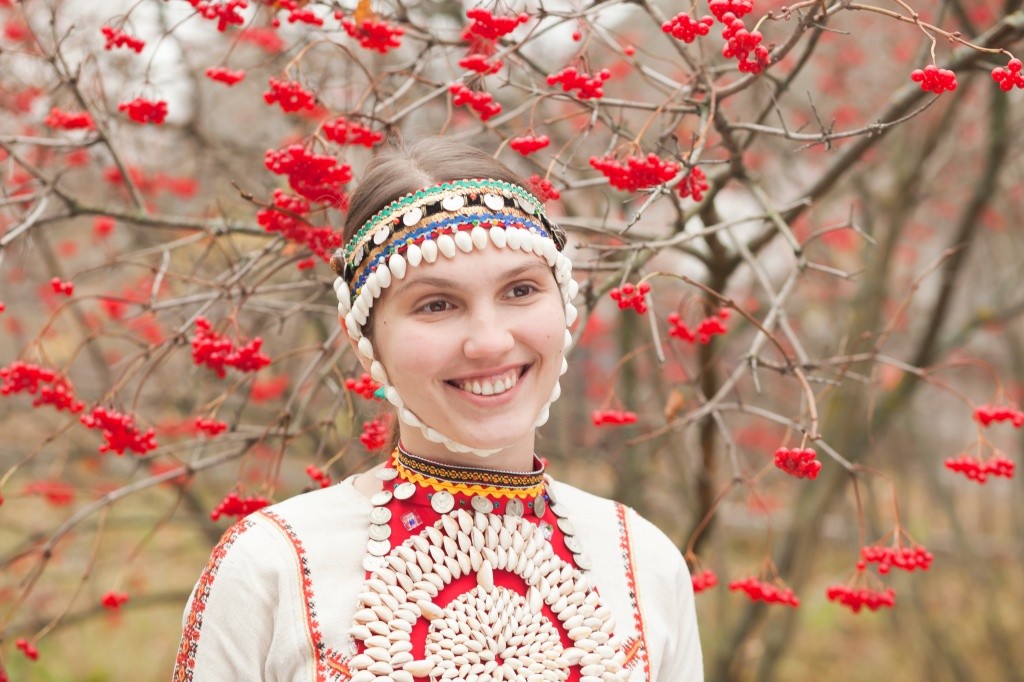 Celestial Wives is shot almost exclusively in the Meadow Mari language. While the film appears to have an ethnographic quality, Osokin and Fedorchenko not so much represent, but rather create their particular fantastic worlds. Moreover, the Mari women are played by a cast of Moscow actresses—some of whom are very well known. In their ethnographically-inflected films, Osokin and Fedorchenko have a playful attitude to reality, where supposedly “authentic” traditions turn out to be modified or invented by the authors. Fedorchenko’s first internationally-acclaimed film, First on the Moon, could be seen as an example of the rare case of a Russian “mockumentary.” However, like the subsequent films produced in collaboration with Osokin, this film is less ironic than traditional mockumentaries. Thus, in an interview with Snob magazine, Fedorchenko distances his works from the genre. He proposes, instead, to interpret his films as belonging to a new genre—“fairytale documentary [dokumental’naia skazka].” In Celestial Wives, this fairytale reality is loosely based on the traditions of the Mari people.

Celestial Wives is fragmentary, consisting of twenty-three chapters or episodes. The episodes are from one- to ten-minutes long and can be described as belonging to such diverse genres as comedy, psychological drama, and thriller. The episodes tell of the lives of Mari women of different ages. The film has the structure of a calendar, since the lives of its characters are represented against the background of changing seasons. Each chapter tells an incident from the life of a Mari woman, whose names all start with the letter “O”: Opi, Oshvika, Okai, Orazvi, Okalche, Ovrosi, etc. There are two possible and not mutually exclusive explanations for this alphabetic choice. On the one hand, the letter “O” is the first letter of Osokin’s last name, inscribing the stories’ author into the film (Osokin also appears as a poet in one of the episodes and serves as a voice-over narrator for the Russian release). On the other hand, the letter “O” refers to the Mari word “osh,” the word for “white” that has aesthetic, moral, and religious connotations. The stories focus on the sexual lives of its heroines in their connection to nature and the traditional way of life. The epithet “Celestial” in the title apparently plays with the puritan associations of this word, since it appears to refer to the celebration of sexuality attributed to the animistic Mari beliefs. 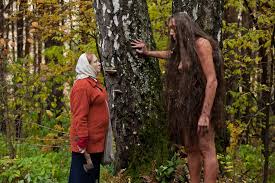 While the women characters have central roles and possess supernatural and magical powers, the film’s representation of women is still problematic. All women are presented as highly sexual beings, which can be seen as the work’s liberating quality in an increasingly conservative Russian culture. However, the women’s sexuality is their only defining characteristic. Represented in the traditional roles of wives and lovers, women characters lack psychological depth or any sense of social grounding or professional aspirations.

The use of a particular ethnic minority as a focal point of a utopian and carnivalesque world can be seen both as liberating and problematic. Unlike most contemporary Russian films, Celestial Wives does not focus on the imperial centers of Moscow and St. Petersburg or on the Russian majority. Instead, the film celebrates the life of an ethnic minority in a rural environment. By connecting the rural, the indigenous, and the feminine, the film evokes such Western art movements as Primitivism with its cultural appropriation of non-Western traditions. It is finally up to viewers to decide whether the film should be interpreted as a primitivist cultural appropriation or a celebration of an alternative way of life. 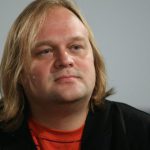 Aleksei Fedorchenko lives in Ekaterinburg. First trained as an engineer, his cinema career began in the early 1990s, when he joined the Sverdlovsk (Ekaterinburg) Studio of Documentary Film. His first success came with First on the Moon (2005). Since then he has directed and produced both documentary and feature films. His works often appears at film festivals and have received numerous international awards.