Delhi Dance: Seven Films by Ivan Vyrypaev opens in black-and-white with a scene of a cleaning lady who scrupulously wipes invisible dirt from the white floor of an empty corridor in an ordinary Russian hospital. She cleans, and does not pay attention to a girl (Karolina Gruszka) sitting on a bench, who raises her legs and her belongings to free up space and not to interfere with the lady’s activity. As the floor is cleaned, color comes into the frame. After this introductory scene, the first episode begins. Ivan Vyrypaev arranges Delhi Dance as a sequence of seven short stories about a ballerina, her married boyfriend Andrei, her mother, and her friend, a ballet-critic. Over the seven stories, the characters talk about a dance that has been invented by the ballerina. She has choreographed her dance about life and happiness out of the pain and compassion that she felt at the Main Bazaar in Delhi.  In each section, the five characters discuss the same questions: what is death and what is life? Each story has a different plot and, in all but the last, somebody dies: a mother, a wife, a friend, or a lover. These deaths provide the motivation for the film’s characters to discuss their feelings in connection to the deaths of the people they know.

Each fragment could be a separate short film: each is structured with a beginning, an end, and a unique meaning; each has its own title, subtitles, and even end credits. However, if we put all of the film’s titles together there is a complete, highly poetic sentence: “You can feel calmly and attentively every move within the dance, inside as well as outside, at the beginning and at the end, at the bottom and on the top of a dream.” We see this poem at the end of the sequence of fragments; the seven films have been turned into the seven verses of Vyrypaev’s cinematic poem. The director invites the audience to enjoy the play of meanings and shades of colors, and to create its own answers to the film’s main questions about life and death. It is clear that Vyrypaev, though, has his personal answers to them. 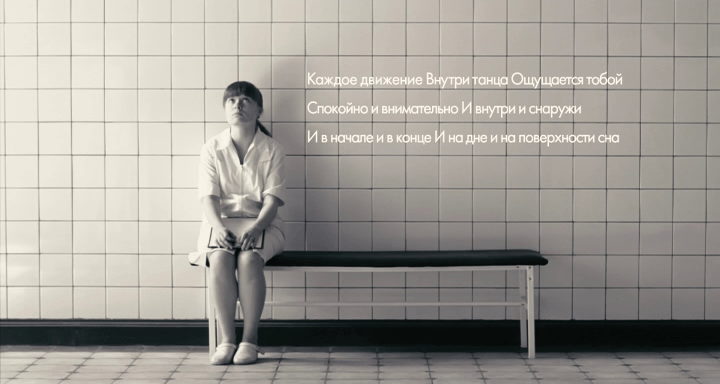 The color scheme of the films consist of multiple shades of white, grey, and brown. The actors are dressed in simple and calm browns and greys; the four actresses, who play characters of different ages, have red hair in a range of shades. Contrasting colors are very rare in these films, and appear only in the figure of the mother in a combination of white, black, and red.

Dressed all in black with a very long pearl necklace, the mother has a bright red manicure that draws the audience’s attention to her gestures when she embraces her daughter. The color composition, as well as soft lighting, insist that the audience be attentive to these varying shades. The composition also draws attention to intonations and actors’ feelings. Medium shots and close-ups are the stylistic dominanta of the seven films. Such shots convey the characters’ feelings and invite the audience to empathize, to share feelings, though these are very dangerous feelings: pain, love, loss, fear of death, and numbness. With this device, which draws attention to calm and almost unrecognizable facial movements, the director switches the register in which we perceive the world from the pictures we have in mind to the real feelings we have about life. He suggests that the audience stop following invented concepts and start empathizing with people. This film makes the audience very attentive to its own feelings and thoughts, to the constructions in their minds and worldview. 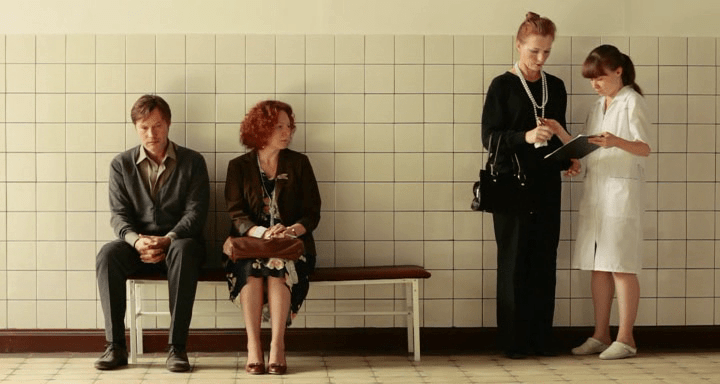 In making the audience feel pain, love, and loss, Vyrypaev also insists that his audience become conscious about what it feels and why. The director creates a sequence of conceptual oppositions that could help in answering universal questions about death and life: “life-death,” “happiness-unhappiness,” “mind conceptions-compassion,” “to hear-to listen to,” “to know-to understand,” “guilt-responsibility,” “mind-heart,” “talk-dance.” Using these oppositions, the film’s characters discuss both what they feel and what they ought to feel in such circumstances; what they should do and what they really do. As they elaborate their thoughts, it turns out that death exists in our everyday lives: everything unnatural, artificial, and made-up in people’s relationships turns life into a kind of death. Moreover, death is an essential part of life because it initiates the real life of a person. The true personal life of the “I” starts only after understanding that every person has a personal death as well as a date of death. From this moment of genuinely understanding death, a person starts to value and appreciate her life and, thus, starts to live. The director suggests that we should build life and personal relationships on the basis of the only personal reality possible—true feelings. The last story in the sequence provides an illustration of this directive. It is free from death, in plot as well as in relationships. This final fragment of Vyrypaev’s poem tells of the essentials of life: truthful and open relationships and love. In this fragment, the mother finally talks to her daughter and understands her because, for the first time in her life, the mother is brave enough to lay bare her true feelings to her daughter. The film ends after the mother tells the daughter that she loves her. For Vyrypaev, the questions of life and death turn out to be tightly connected with love. 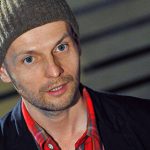 Ivan Vyrypaev is a playwright, a screenwriter, and a film director. Born in Irkutsk, he graduated from the Irkutsk Theater College as an actor in 1995 and from the Shchukin Theatre Institute, Moscow as a theater director in 1998. His theatrical plays have been staged in more than 20 countries. His films are highly appreciated as art cinema. He currently works as an art director at the Moscow theatre Praktika. Ivan Vyrypaev’s personal web-site is http://www.vyrypaev.ru