Me Too, which Alexei Balabanov described as his most personal film, turned out to be his final film as well because he died shortly after completing it. On one level the film works as a pastiche of Andrei Tarkovskii’s Stalker (1979). It traces the journey of several people into a mysterious zone created by an “electromagnetic radioactive” event, in search of “the bell-tower of happiness.” The bell-tower, we are told, transports some who seek it out to a place of happiness, while leaving others to die in the “nuclear winter” surrounding it (which is comically literalized by the transition from a summer landscape to a winter one as we enter the zone). In Balabanov’s version, the seekers are no longer intellectuals—“the writer” and “the professor” have been replaced by the more common inhabitants of his cinematic world, “the bandit” and “the musician.” The Stalker’s knowledge of the rules of the zone, which allows him to serve as a guide is parodied by the bandit’s own frequent pronouncements that, while ridiculous (“turn left after St. Petersburg”), nevertheless guide the seekers to the zone. And, ironically upending Tarkovskii’s philosophical exploration of the nature of desire, Balabanov’s characters’ search for happiness is exposed as banal both by the absurd arbitrariness, with which the bell-tower of happiness seems to exist in this world, and by the repeated dialogue that gives the film its name: “I want happiness.” “Me too.” The move is completed by Balabanov’s own denial that Stalker served in any way as an inspiration for his film, flatly stating that he found it quite boring. 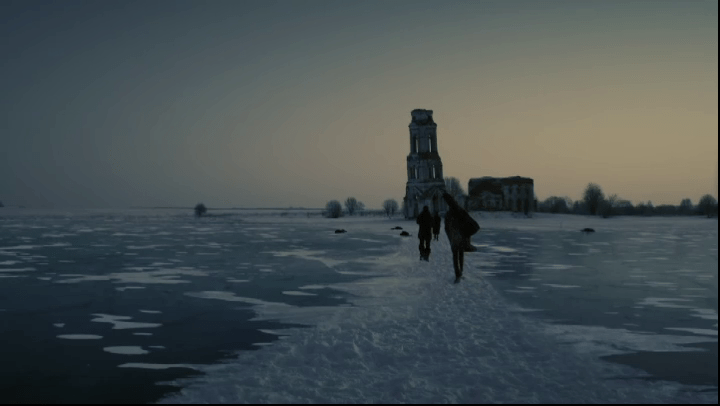 At the same time that it trivializes the intellectualism of its predecessor, the film offers—in its own unpretentious way—a great deal that is profound. At first, the huge number of corpses in the zone—the bodies of those rejected by the bell-tower—seem like a gag nodding to Balabanov’s penchant for cinematic violence; what is a Balabanov film without a few corpses? But as the seekers travel through the zone and the number of corpses begins to pile up it also becomes hard not to wonder why so many were rejected by the bell-tower. While the winter landscape of the zone works spectacularly as a gag, it is nevertheless quite haunting, as are the ruined buildings, roofless churches, and collapsing bell-towers, with which it is filled. This apocalyptic landscape spills out of the zone as well. As the musician and his companions travel around the city preparing for their trip to the zone, the camera frequently lingers on the ruins of St. Petersburg: an overgrown chapel, the decaying façade of a 19th century building, the derelict shell of the Hammer and Sickle textile factory. And while the film may have established through its irony the banality of a desire for “happiness,” at the film’s conclusion Balabanov appears as himself at the bell-tower of happiness. He, too, wanted happiness and is distraught at the realization that he, for reasons unknown to him, will die without it having been given to him.

In Me Too, Balabanov continues his tradition of blurring the boundaries between auteur and genre cinema. The film features all of the hallmarks of Balabaonv’s work. There is a Tarantinoesque casualness to the violence that pervades it. He relies even more than usual on non-professional actors playing depthless versions of themselves (Balabanov noted that he, too, is a non-professional actor), lending a folkloric aspect to the work. There is a deadpan literalness to the film: the musician is played by Oleg Garkusha—a musician; the bell-tower located somewhere between St. Petersburg and Uglich is a bell-tower located somewhere between St Petersburg and Uglich. There is also his traditional interplay between diegetic and non-diegetic music: when the bandit plays a CD by Auktsion (Garkusha’s real-life band) we hear the music that they are listening to on their road-trip, but that music also transcends its literal presence in the cinematic space, driving the action forward. 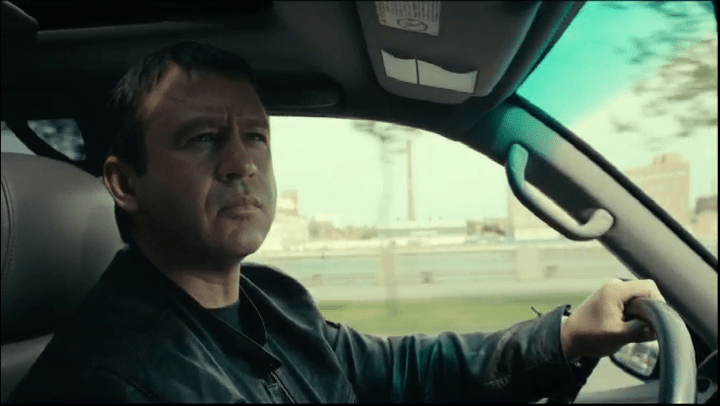 But Me Too is also clearly a genre film: Stalker has been re-imagined as a road movie. Two thirds of the film is taken up by the bandit driving around St. Petersburg in his SUV gathering his companions, and the drive toward the zone. The majority of the action involves these people drinking vodka, sitting in a car, and having conversations—sometimes about the zone, but more often about their lives. That the bell-tower of happiness is largely a pretext for the road-trip, is underscored by the understated way in which the transportation of those accepted into happiness is shown.

And the space of this genre is highly gendered. We learn of the bell-tower on the third floor of a bania—the space reserved for men when it is “women’s day” on the first floor. After nearly avoiding an accident, the bandit makes clear the inappropriateness of women in road movies as he exclaims, “Why the fuck do they let chicks drive?” The only female character in the film is Liuba, a hitchhiking prostitute/ former philosophy student whom the men pick up outside of St. Petersburg. But upon reaching the zone she is kicked out of the car. The bell-tower, she is told, doesn’t accept women—unless they are naked. Desperate to continue the trip (she wants happiness too) she dutifully strips, chasing after the car that left her behind.

Aleksei Balabanov was born in Sverdlovsk (Ekaterinburg) and graduated from the Gor’kii Pedagogical Institute in 1981. After working as an assistant director at Sverdlovsk Film Studio from 1983 until 1987 he studied at the Advanced Courses for Screenwriters and Directors in Moscow. His feature films received acclaim from critics and audiences alike.