In 2013, Sergei Taramaev and Liubov’ L’vova, both students of the renowned film and theater director Petr Fomenko, completed their film A Winter Journey, which they have dedicated to the complexity of personal relationships in contemporary Moscow.  Despite the fact that many film critics and filmmakers have agreed that cinematographically and stylistically Taramaev and L’vova’s debut film is a well-done, mature film, it did not appear on the program of such prestigious Russian film festivals as Kinotavr in Sochi and the Moscow International Film Festival.  A Winter Journey has fallen into disfavor with the government and film administrators mainly for its subject matter: it focuses on the relationships among members of a marginalized group—gay men.  The film was immediately assigned to the category of “gay drama” by film critics, even though the film’s directors and actors in various interviews and press-conferences continued to dispute this label and argued that A Winter Journey is a story about the clash of two different worldviews and value systems.  As many other Soviet and Russian “buddy films,” such as Pavel Lungin’s Taxi Blues (1990), Valerii Todorovskii’s The Land of the Deaf (1998), and Marina Liubakova’s Cruelty (2007), the two main characters are from different social and economic backgrounds, and are brought together by chance to discover not only their differences, but also to experience a special spiritual bonding. 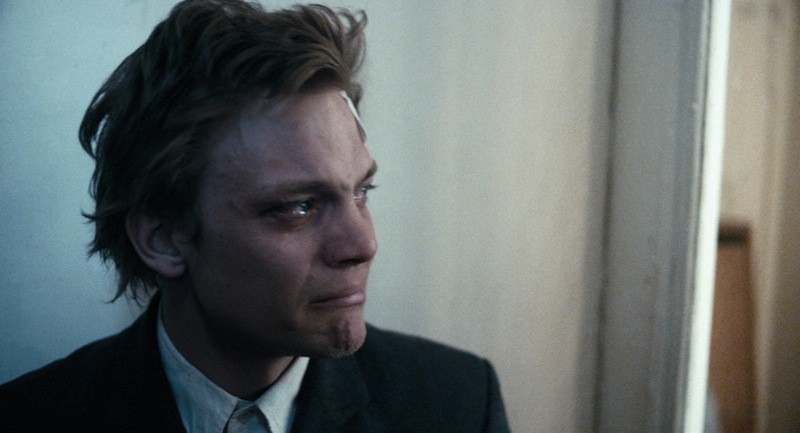 At the center of the film narrative, are two young Russians in their late twenties-early thirties.  The first protagonist, a traditional romantic character, is a talented opera student, Erik, who takes vocal classes at the conservatory and rehearses Franz Schubert’s “Winterreise” (“A Winter Journey”) for a singing competition.  With his exotic facial features, long dark hair, and a large scarf around his neck, Erik, played by an actor with an Italian last name (Aleksei Frandetti), is visually distinguished from other characters in the film.  In addition to troubles in his professional career, the vocal student also feels alienated from his boyfriend, an emergency room doctor.  Erik is a loner, who cannot find his place in this world, a flâneur, who strolls around Moscow alone without any specific purpose until he finds consolation in vodka.  Alcohol becomes a panacea for Erik’s depression and disappointment in his own life, his family, and his surroundings.  Alcohol and drugs are also associated with the Moscow gay community, whether it is at a private house party or a gay nightclub.  The dark setting of these gay locales is contrasted to bright, full of snow, and empty Moscow streets.

Erik’s life changes drastically when, on the way from the conservatory, he encounters Lekha, an uneducated, aggressive provincial bully.  The audience discovers that Lekha has come to Moscow, the land of opportunities, from a depressing provincial town, where working at local plants leads to serious health issues or even death.  Throughout the film, viewers follow his adventures in Moscow, while he steals from, harasses, and beats up people in public places.  The directors present Lekha as an aggressive animal, who follows his hunger and instincts, and does not reflect on the moral side of his actions.  While he is not a positive hero, Taramaev and L’vova, who have also written the script for their film, make sure that their young protagonist has some potential to be re-educated and transformed: he takes care of a little puppy, which he steals from a rich couple, and humbly pours red wine into his glass at Erik’s apartment after being beaten up by the owners of the stolen dog.  One of the most dramatic scenes in the film is when Lekha listens to Erik’s flawless performance of Schubert’s piece at the competition.  The close-up of Lekha’s inspired face with tears in his eyes indicates that this hillbilly is also able to experience emotional catharsis and might be simply the victim of his upbringing and his surroundings. 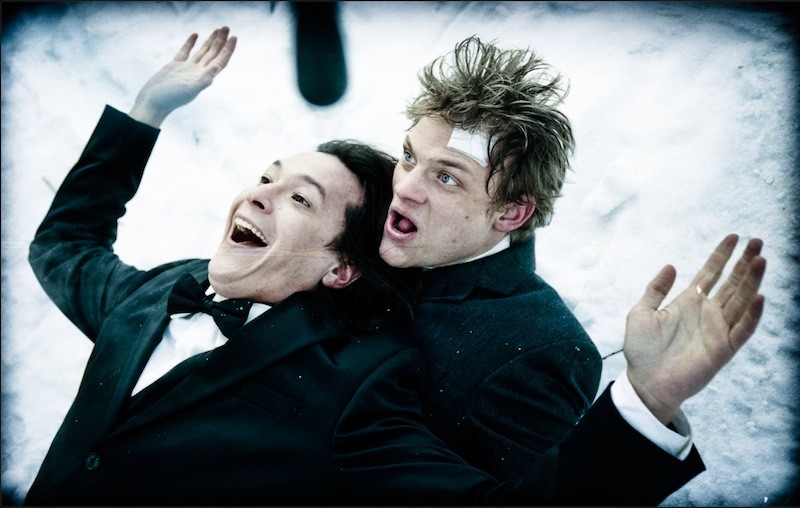 Schubert’s musical piece functions as an important narrative and stylistic suturing device from the opening scene until the last shots.  Schubert’s “Winterreise” on Erik’s cell phone brings the two protagonists together and becomes a symbol of their joint journey on the way to alienation and transgression.  The hero of “Winterreise” is a young man who mourns his lost love.  Similarly, Erik wanders in melancholy and despair on the snow-covered Moscow streets in search of the lost purpose of life.  He unexpectedly discovers this purpose in nurturing Lekha; however, his dreams about leaving with his new buddy for Bombay get crushed.  As a result of his symbiotic relationship with amoral Lekha, Erik’s transgression leads to a tragic ending for the romantic hero.

On 30 June 2013, Vladimir Putin signed the “anti-gay propaganda” bill, banning the promotion of “untraditional” sexual relationships among minors.  Taramaev and L’vova’s film became a victim of this new bill.  In August 2013, the Ministry of Culture declined the film a distribution license, and only later reestablished the distribution rights to limited audiences above 18 years of age.  Despite this official permission to distribute the film, A Winter Journey reached only several Russian movie theaters, and some of them, such as Rodina in St. Petersburg, even removed the film from their program after it had been approved for the screening.  In an ironic gesture, the official trailer for A Winter Journey ends with the words: “A Winter Journey… Starting on February 20th, only in tolerant movie theaters.”  Russian audiences might be excited about this narratively unconventional and stylistically complex film; however, it seems that it has been made at the wrong time and in the wrong country.

Both Sergei Taramaev and Liubov’ L’vova started their film careers as film and television actors and gradually moved to scriptwriting and directing.  Taramaev was born in Moscow and graduated from the acting department of The Russian University of Theatre Arts (GITIS), studying under Oskar Remez and Petr Fomenko.  He worked in various Moscow theaters, such as the Moscow Theatre–Studio Chelovek and The Moscow Drama Theater on Malaia Bronnaia Street.  L’vova, originally from the Liubertsy region of Moscow, received her degree in acting from The Russian Academy of Theater Arts (RATI-GITIS), where she studied under Fomenko.  A Winter Journey is their first joint project in scriptwriting and directing.