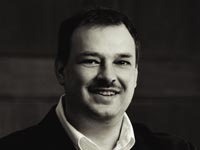 Alexander Prokhorov teaches Russian culture and film at College of William and Mary. His research interests include Russian visual culture, genre theory, and film history. He is the author of Inherited Discourse: Paradigms of Stalinist Culture in Literature and Cinema of the Thaw (Akademicheskii proekt, 2007) and the editor of Springtime for Soviet Cinema: Re/viewing the 1960s (Pittsburgh Film Symposium, 2001). His articles and reviews have been published in Kinokultura, Slavic Review, Studies in Russian and Soviet Cinema, Art of Cinema (Iskusstvo kino).