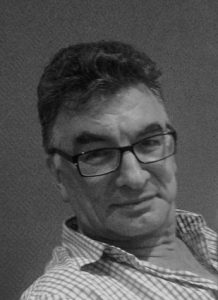 Khusein Erkenov is a scriptwriter, film director, and producer (in 1991 he founded his own production studio, Erkhus). In 1988 he graduated with honors from the Directing Department of the State Institute for Filmmaking (Sergei Gerasimov’s workshop) and directed his first film in 1990 (A Hundred Days Before the Command). Since then he has directed six feature films. He is a member of the Russian Union of Filmmakers and of the Russian Guild of Film Directors. His films have received awards at several international film festivals.