Nikolai Lebedev’s Star is the second film adaptation of the eponymous short story by Emmanuil Kazakevich about a group of Soviet scouts working behind German lines during World War II. It opens in the summer of 1944 as Red Army troops relentlessly fight their way towards the Western frontier of the USSR under constant fire from Nazis who are preparing for a major counterattack. Well aware of the impending threat, the Soviets send reconnaissance units in hopes of acquiring more information. After two units perish, a new one codenamed “Star,” prepares to dispatch to continue the mission. 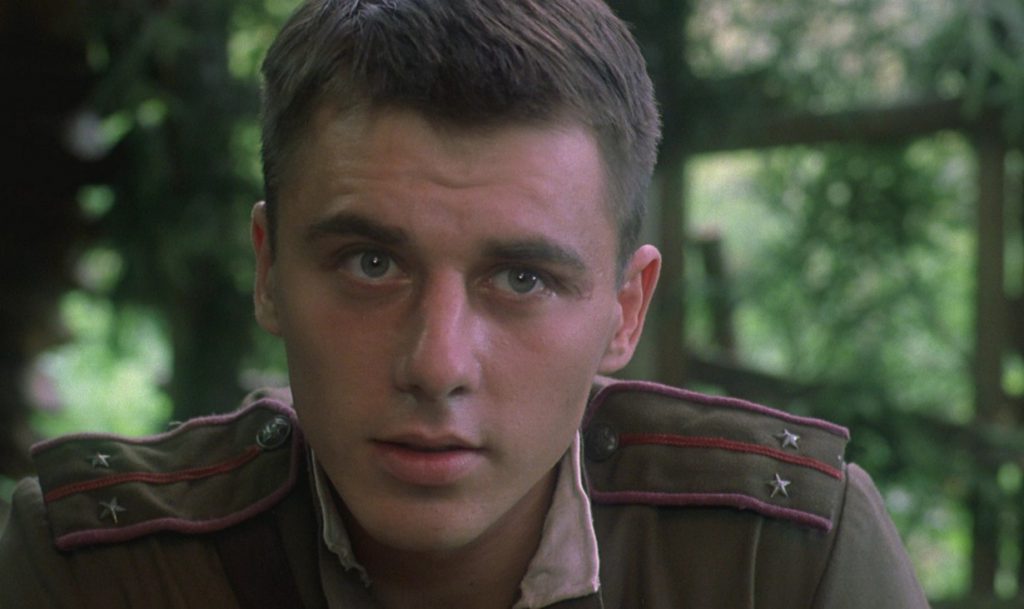 The handsome and daring Lieutenant Travkin (Igor’ Petrenko) leads the unit assembled from the decimated ranks of reconnaissance troops and young inexperienced soldiers.  Except for Travkin, only the ebullient joker Mamochkin (Aleksei Panin), the pragmatic Brazhnikov (Iurii Laguta), and Anikanov (Aleksei Kravchenko), recently released from the hospital, are trained scouts.  The rest of the group consists of the German-speaking yet profoundly naïve private Vorob’ev (Artem Semakin), nicknamed Sparrow, the Yakut hunter private Temdekov (Amadu Mamadakov), and private Bykov (Anatolii Gushchin), who was born in the area and is able to guide the group through the woods. 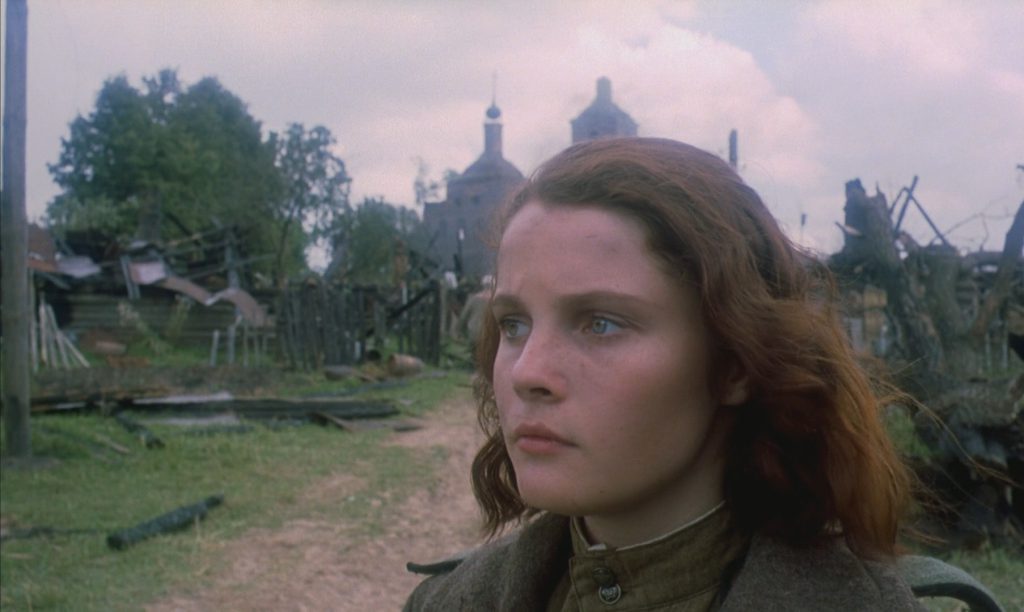 In the process of assembling the unit, Travkin leaves behind only a female radio operator named Katia (Ekaterina Vulichenko)—a seventeen-year-old girl who enters the war before even graduating from high school. She is fragile and sincere, but confident and decisive; absorbed in her love for Travkin, she rejects the courtship of Capitan Barashkin (Andrei Egorov), an older officer who seeks her attention. A weak female figure among the heroic masculine scouts, Katia embodies their devastated homeland, which needs to be taken away from the claws of Nazi invaders at any price.

While the Soviet troops suffer from the lack of experienced officers and good supplies, the Nazis are well-organized, well-trained, and, above all, smart opponents. They have nothing in common with cowardly soldiers mechanically following the orders of their incompetent, rat-like officers, the cliché representation in films of the Soviet-era. Lebedev’s film, in this respect, is much closer to reality. The director does not try to vilify or mock the invaders, but shows that they were strong and heroic soldiers, as well as human beings. When Travkin’s unit takes one of the Nazi soldiers captive, Sparrow, the youngest scout, perceives him as his equal and cannot believe that they are going to take his life away. The film emphasizes that there are human beings on both sides and that war is not about winning or being defeated, but about killing—a cruel and unnatural act regardless of the circumstances.

Overall, the historic accuracy of Lebedev’s film is amazing. Soviet and Nazi weapons, as well as uniforms, are top notch. Star makes extensive use of real custom-built T-34 and Tiger tanks, 6×6 trucks, and artillery pieces. The color of the Nazi Tiger tanks was restored to the original dirty ochre especially for the film. Soviet and German trains made in the 1930s were brought to the studio from Smolensk, a city located 230 miles away from Moscow, where the film was shot.

Moreover, to ensure the complete transformation of the actors into Soviet warriors of the 1940s, they were sent to a military camp near Moscow to go through basic training. The actresses who play radio operators were required to work at a post office at least for several weeks. As Lebedev himself notes, the movements of the characters rather than their words are the most important part of the film. The people during the war did not have a chance to learn a lot about each other, and they needed to act fast to survive and defeat a strong enemy who killed their relatives and friends every day.

The characters, indeed, are painted in the broadest strokes and remain silent almost throughout the entire film; viewers, however, are completely drawn into the story and with bated breath and deep compassion follow the gripping account of their mission. A disciple of Hitchcock, Lebedev is a master of suspense. Long tracking shots, extreme close-ups, and cross-cutting between the sets keep viewers intrigued and overwhelmed for the duration of the scouts’ harrowing adventures behind German lines.

While Star is full of fast-paced action (Lebedev himself identifies the film as a thriller), it is extremely poignant and lyrical. Scenes of gunfights and bombings are punctuated with shots of tranquil nature. Wild flowers, warbling birds, green foliage, and a beautiful night sky embracing the battlefield sharply contrast with the violent turmoil of the war, adding a philosophical layer to the film’s narrative.

As Lebedev reveals in one of his interviews, Star is a requiem for those whose youth happened to coincide with WWII. Lebedev’s own grandfather and nineteen-year-old uncle were among the casualties of the war. Photographs of them appear in the film: leaving for a mission, Travkin hands them to one of the soldiers who stays in a camp. The slow-motion sepia-tinted closing sequence also reflects the director’s special attitude towards the topic. While young Soviet soldiers march away to take part in the offensive, Captain Barashkin’s voiceover monologue informs viewers about his own close to tragic death and the destinies of the characters. His monologue ends with a touching line that alludes to a poem by a famous Dagestani poet, Rasul Gamzatov: “But every spring, every May, the souls of those who were killed in the fields of Poland, Czechoslovakia, and Germany fly back to see their blossoming homeland for which they had died… ”

Even though Star was shot in response to the government’s demand for patriotic cinema, it has been immensely popular in Russia, where it was heavily attended and received wide acclaim. Devoid of Soviet clichés (which abound in the 1949 film adaptation of Kazakevich’s story by Aleksandr Ivanov) and full of real action, Star succeeded in translating the experience of grandfathers into the language of the new generation and marked the onset of a new wave of war films in contemporary Russia. 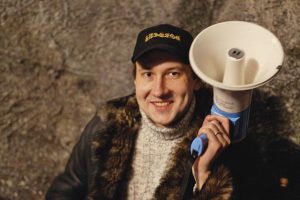 Nikolai Lebedev was born in Kishinev and graduated from Moscow State University in 1991. He studied under Vladimir Utilov at the State Institute for Filmmaking (VGIK) in Moscow and graduated in 1993. During 1995—1996 he was a director and scriptwriter for the children’s TV show “Sezam Street” (NТV, Channel One Russia), Russia’s “Sesame Street.” He is also the co-author of several detective novels.