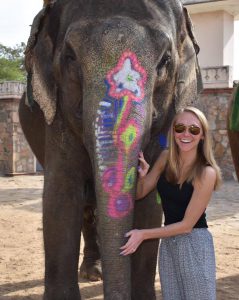 Theodora Kelly Trimble completed a double B.A. in Russian and Slavic & East European Studies at West Virginia University (2009).  She received her M.A. in Russian, East European, and Eurasian Studies from the University of Michigan (2011). She is a PhD candidate in the Department of Slavic Languages and Literatures at the University of Pittsburgh.  Her interests span a wide range of topics across Russian popular culture, film, and television.  Her dissertation, “The Celebrification of Soviet Culture: State Heroes after Stalin,” examines the celebrity icon in Soviet culture during the Thaw and early years of Stagnation.