In the original Dukhless film (also distributed as Soulless), based on the bestselling novel by Sergei Minaev, a successful corporate manager, Maksim Andreev (Danila Kozlovskii), sees the error of his money-making ways because of the love of a good (i.e., mildly anarchic) woman (Mariia Andreeva). At the end of the film the hero rises out of a mountain of trash and happily sets forward to get the girl he loves out of police custody. The second part, the working title of which was Downshifter, starts 3 years later with Maksim living a life of peace and leisure, alone, on a tropical island somewhere in Asia. Through a flashback the viewer soon learns that he is hiding from possible persecution by the Russian authorities for economic crimes committed by others and that the good woman chose not to join him in his self-imposed exile (or, perhaps, retreat). The long arm of Moscow, however, extends all the way to the surfboarding paradise, and the hero has to return home, where meanwhile everything has changed.

In 1959 the dissident Andrei Siniavskii, hiding (much like Andreev but for very different reasons) from the state under the pseudonym Abram Terts, wrote an invective against Socialist Realism in a style that Internet-savvy Russian hipsters would now describe as “trolling.” Siniavskii contrasted the prevailing positive Socialist Realist hero with the classical hero of Russian literature: the “superfluous man.” His primary example was Onegin, who, incidentally, the creators of the Dukhless franchise saw as a model for Maks Andreev in the first film. Andreev was the “hero of our time” for the oil-generated managerial bubble of the 2000s. As a rule, Siniavskii explains, a superfluous man is “a reflective character, with tendencies to self-analysis and self-flagellation. … [H]e is a noble creature and the most attractive woman boldly offers him her heart and hand. But instead of rejoicing and taking life with a song, he commits some irresponsible acts and, against his own desires, does everything he can to ensure that his beloved shall not become his.” That is because the superfluous man lacks the most essential thing: a Purpose, which a Socialist Realist hero, in contrast, comes to possess in abundance.

The superfluous man of the 19th century became the mortal enemy of the positive hero of the 20th century who shocked many and aggravated some (including Siniavskii) by “the self-assurance and straightforwardness of his formulations, by his tendency to preach at everyone around him, and by his pompous monologues celebrating his own virtues.” And this is what happens between the first and the second part of Dukhless. Maks Andreev becomes the superfluous man and Socialist Realist hero rolled into one. He comes back to Moscow, not like Onegin, but like Chatskii, to see that his beloved belongs to an unworthy millionaire, and that the world is ruled by those who are eager to steal, serve, and grovel. All this is not new to a superfluous man. But he now has a Purpose. Maksim rises from drugs- and luxury-induced spontaneity to patriotism-fuelled consciousness; he goes from good to better and back again—and back again. He is morally sound, he does not waver, he employs bombastic phrases, and he completely loses his sense of irony. Other characters are mere functions helping the cinematic exposition of the Purpose, supplying their lines in the well-mannered voice of a car commercial. 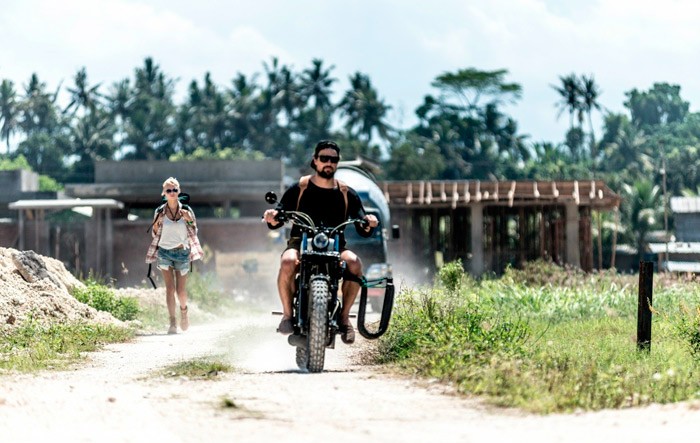 Even the music in the film is employed in the verbally-centered manner of Socialist Realism. Apart from creating a mood through its melody and tempo, the songs are tasked with providing additional commentary on the action. When the hero is shown enjoying his surfing, the scene is accompanied by an upbeat song about “my surfboard.” When he has to return to Moscow against his will, a melancholic female voice intones in the background: “Going back, going back…” The same song returns at the end, at another moment of choice Andreev is faced with, and now other words stand out in it: “This is where my story ends…” Interestingly, almost all the songs in the film are in English, as if their meaning is supposed to influence Russian-language viewers only obliquely, reinforcing the dialogue and images on an almost subconscious level. The final credit sequence is then unsurprisingly accompanied by a blasting politically conscious rap song, to hammer the meaning of the film into the few remaining heads who still don’t quite understand English. 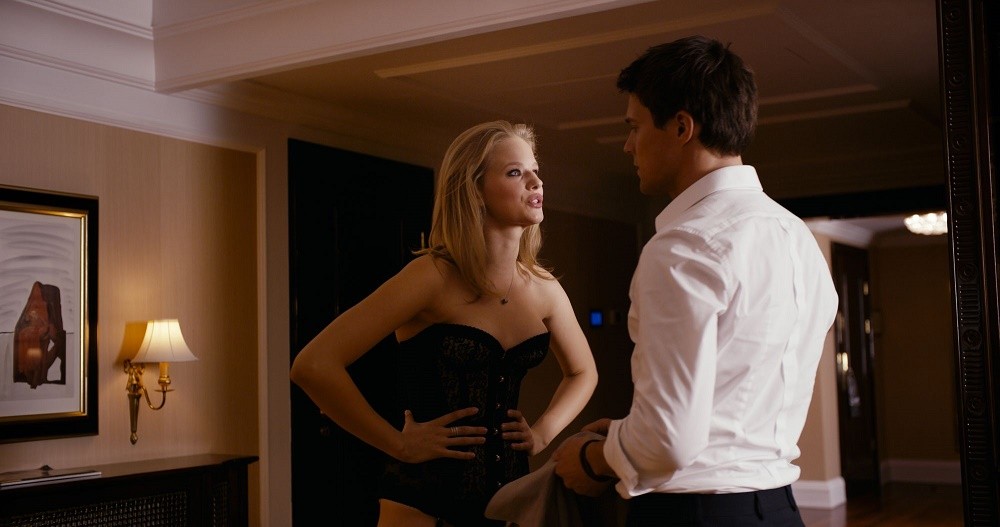 Siniavskii’s qualms about Socialist Realism were not political, they were aesthetic: “When it abandons its effort to achieve verisimilitude, it will be able to express the grand and implausible sense of our era.” Perhaps, Maks Andreev and his creators are already on the right road. New Russian oppositionists are no dissidents, for all their apparent love of Joseph Brodsky. This is not Socialist, but Capitalist Realism, which the film presents with a painfully straight face. At the end of Dukhless 2 the “hero of our time” becomes… what exactly? An Aleksei Naval’nyi-like politician hired by the Kremlin to represent the non-existent opposition? A future president? Viewers are to find out relatively soon: Dukhless 3 is already being planned for release in 2017/2018. 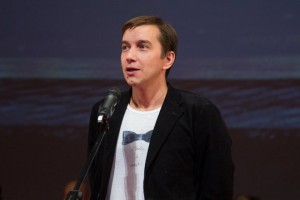 Roman Prygunov, the son of the famous Soviet actor Lev Prygunov, was born in Moscow in 1969. He started out as a director of commercials and music videos in the early 1990s and made his first feature film in 2002. He has also made several documentaries about snowboarding.
Filmography:
2002    Solitude of Blood
2008    Indigo
2011    Dukhless
2015    Dukhless 2
2015   No Borders (co-directed with Rezo Gigineishvili and Karen Oganesian)