In 2013, Zhora Kryzhovnikov’s Kiss Them All! amused Russian audiences with the struggle of a young couple, Natasha (Iuliia Aleksandrova) and Roma (Egor Koreshkov), to have a wedding on their own terms. Against them ranged the combined forces of Natasha’s overbearing parents, part of the administrative class in the resort town of Gelendzhik, and the sheer mass of Roma’s extended family, intent on drunken revelry. Kiss Them All! 2 returns to the same family, sometime later. Natasha’s parents have, due to “temporary difficulties,” had to move out of their nice house and into the overcrowded hut on the beach that belongs to Roma’s family. Unhappy sniping characterizes the mood; Boris Ivanovich (Ian Tsapnik), Natasha’s stepfather, is particularly obnoxious in his attempts to order everyone about, but Roma’s hot-tempered brother Lekha and permanently drunk, pyromaniac Uncle Tolia also add their own chaotic touches. An uneasy equilibrium has been established, but not for long: after a mafia attempt on his life, Boris Ivanovich press-gangs the entire family into pretending that he is dead. 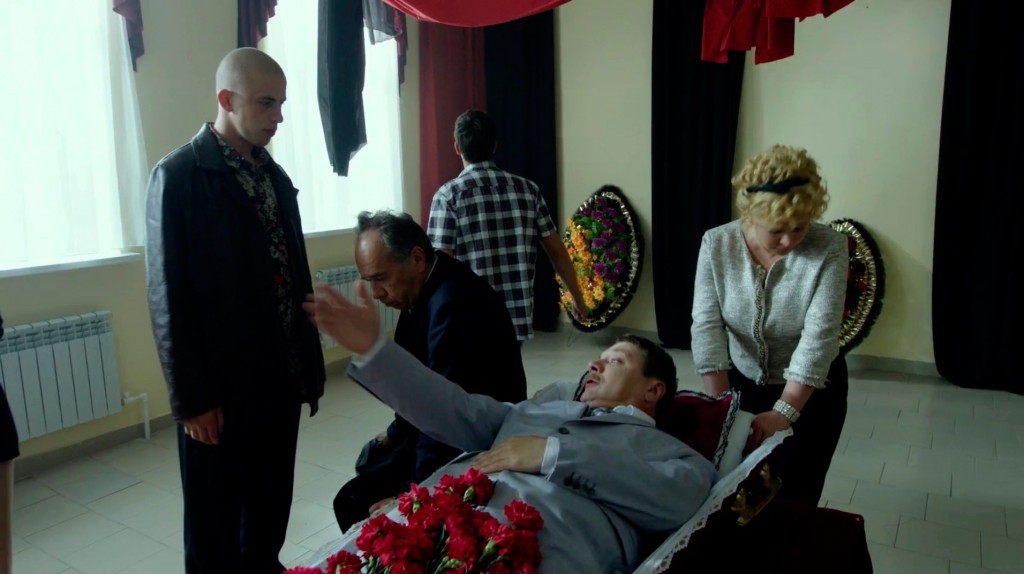 Further complications arise. Viktor Karavai (Aleksandr Robak), who knows Boris Ivanovich from their paratrooper days but is unknown to anyone else except Natasha’s mother, appears on the scene without introduction. He begins to take charge of funeral preparations, masterfully smoothing ruffled feathers, asserting physical dominance as needed, and striving to be a paternal figure to Natasha in Boris Ivanovich’s perceived absence. Soon after, Roma’s family is ousted from their home, located on prime beachfront real estate, because, we learn, Boris Ivanovich stole the deed and sold the house out from under them. As father figures go, a clear contrast is being set up between Karavai and Boris Ivanovich, and it seems like the scales are clearly weighted toward the better bred and more powerful Karavai.

It seems the second installment of Kiss Them All! carries on the engagement of the first with tradition and fairy tale. In the first film, Natasha’s dreams for her wedding emerged from her childhood obsession with Disney’s The Little Mermaid; this juvenile wish is overridden by the uncontrollable mass of family invested in collective rituals and revelry. The second film takes up the even more seductive fantasy underlying any fairy tale featuring a wicked step-parent: that the child protagonist, suffering the slings and arrows of maturation, does not actually belong to the family that treats her unfairly. At some point, the fairy-tale narrative goes, her birthright becomes clear and she is recognized as a princess. For Natasha, however, accepting this role means rejecting where she has grown up—that is, the muddle of post-Soviet life for the typical non-oligarch.

Kiss Them All! 2 reads much more as a political allegory than its original model. The first film pitted a “Westernized” Moscow-style wedding against a grotesque blend of elements from the Brezhnev-era, with a dispossessed working class and bureaucratic favor-trading. Here the emphasis on fathers, authority, and struggles for control over female bodies and minds draw attention to the power vertical’s entwinement with the criminal element, the sociopolitical dramaturgy of the Sochi Olympics and the annexation of Crimea, near which lies Gelendzhik. 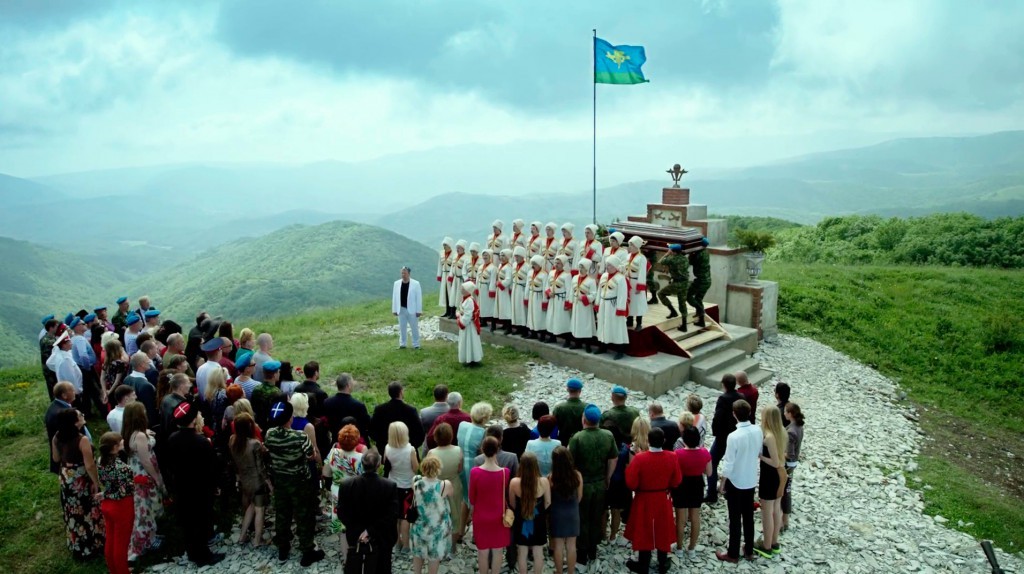 This political allegorical angle also explains Roma’s complete irrelevance to the film, as he repeatedly places his faith in the journalists and bloggers of the community to return his home to his family. Exposing corruption to fresh air is nothing new in Russia—there have been sustained allegations that an extravagant mansion in Gelendzhik itself was built with state resources for President Putin’s personal use, with no actual effect. Roma may see corruption, but has no agency; in his desire to remain pure of Boris Ivanovich’s corruption, he abandons Natasha, who cannot so easily renounce her stepfather. Similarly, the conceit of the entire film being the product of a hand-held camera operated by Roma’s brother Dima, the family archivist, also seems less relevant to the sequel than the original. While the cinematography still sometimes reflects cheap equipment and amateur operator—in its shakiness and the abrupt zooms in and out—the plausibility of an actual embodied camera operator in the scene is markedly reduced. The jump cuts that had already become a signature of Kiss Them All! instead become only more infused with the sense of fantasy and the manipulation of reality.

Much of the film’s aesthetic is subordinated to the struggle between Karavai’s authority and Boris Ivanovich’s incompetent pomposity, a struggle implicitly staged within the political-criminal system. The funeral for Boris Ivanovich is dominated entirely by his state service, including paratrooper imagery, a tank escort and a six-gun salute. The majestic background of green mountains against blue skies not only alludes to his much-invoked time with Karavai in the Manchurian mountains, but reproduces the color schema of the prominent flag of the Russian Airborne Troops. The unruly Boris Ivanovich is produced purely as a son of Russia. This well-choreographed funeral does what the efforts of the young couple in the first film could not: it almost completely enervates the disruptive and chaotic potential of the big, drunk family. Though a couple of bacchanalic montages occur in the film, they move out of the realm of restorative carnival and into obnoxious conspicuous consumption. No, resolution in this film is not to be found in collectivity and drunken tradition now, but in a sober choice for Natasha between lesser evils. 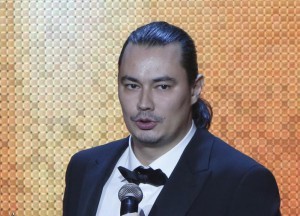 Zhora Kryzhovnikov trained under Mark Zakharov as a director at GITIS and under Aleksandr Akopov in the department of production and economics at VGIK. His theatrical work includes plays for the ApARTe theater and the School of Contemporary Plays. He has directed a number of television serials and miniseries as well as film shorts. He rose to particular prominence after the release of Kiss Them All! in 2013.