Despite its contemplative spell, Konchalovskii’s film is not entirely devoid of a narrative. The drama, set in a village in the Arkhangelsk region near lake Kenozero, follows the life of a local postman, Aleksei Triapitsyn, who serves as the connecting link between the characters and the outside world. Besides delivering mail, pensions, groceries, and light bulbs, Triapitsyn satisfies the villagers’ need for human contact as they encourage him to stay for a cup of tea, a cigarette, and a philosophical conversation. Like Konchalovskii’s earlier “blends” of documentary and fiction, The Story of Asia Kliachina and its sequel, Asia and the Hen with the Golden Eggs, The Postman’s White Nights uses predominantly non-professional actors and attempts to record life “unawares” of the presence of the camera. His most recent experimentation with genre, however, may be his boldest yet. Unlike the Asia duology featuring professional actors in the lead roles (Iia Savvina and Inna Churikova), The Postman’s White Nights recruits an “authentic” postman as its lead, allowing Triapitsyn and the other villagers to create a script of their own. 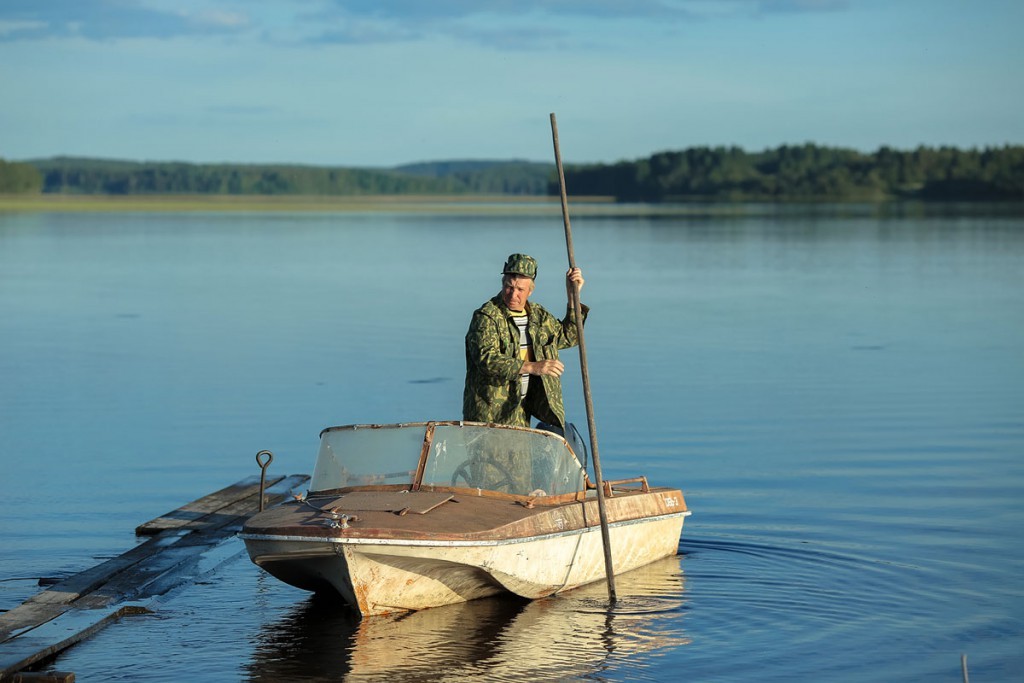 Konchalovskii does not exactly give them carte blanche, however, as he imposes on his protagonist a normative desire for marriage and fatherhood. Despite the film’s claim that all of the characters are real people, the film engages two professional actors, Irina Ermolova and Timur Bondarenko. Ermolova plays Triapitsyn’s former classmate and love interest, while Bondarenko plays her son Timka, for whom the postman gradually becomes a father figure. Konchalovskii’s narrative “embellishments” also provide an excuse for the protagonist’s otherwise unmotivated nostalgic mood. In one of the obviously staged scenes, Triapitsyn takes Timka to the ruins of what used to be his school. The daytime visit is “duplicated” in Triapitsyn’s dream, in which the postman returns to the ruins and is teleported to the past by the sounds of the Soviet anthem and pioneer songs playing in his head.

With the exception of the dream and the opening sequence, in which Triapitsyn is asked to comment on his old photographs, traces of the past are indistinguishable from the present in the film. Cut off from the rest of the world geographically, the village exists in a spatial and temporal dimension of its own. The sound of ticking clocks permeates the film, yet there is no linear timeline. The calendar in Vit’ka the Bun’s living room, for example, is for 2009, at least three years behind the actual date (the Konchalovskii crew started shooting in 2012). Moreover, days in this reality are interchangeable. The film rhythmically returns to an overhead shot of Triapitsyn’s flip-flops and callused feet on the rug beside his bed, a shot that marks the beginning of each new day. The postman then begins his routine; he leaves the house to get water, puts on the kettle, and has breakfast while Channel One Russia’s makeover show Fashion Verdict (Modnyi prigovor) is playing in the background. However, even media fails to provide a historical context. TV sets are piled here one on top of another and function predominantly as furniture rather than a means of communication. Even when the TV is on, more often than not, it merely produces background noise, while nobody is watching or listening. 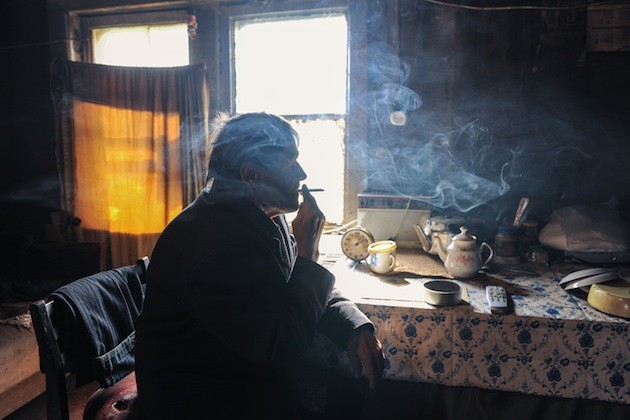 Despite the fictional additions, Konchalovskii’s account is ethnographic in nature. The film has a distinct “postcard” quality to it, and while the focus on the scenery is not surprising (the film was shot in the Kenozero national park area), the long takes of dark, cluttered rooms can only be explained by their status as curiosities. Moreover, the characters themselves appear to be merely “curiosities” in the film, a peculiar species with a peculiar lifestyle and a peculiar habitat. The camera carefully documents the social woes permeating the region. Alcoholism, poverty, and dysfunctional families—invariable attributes of village life in both films of the Asia duology—have survived political turmoil and thrive in the Russian village today as much as ever. Albeit critical and, to a certain degree, condescending, Konchalovskii’s gaze is not entirely uncompassionate. The film’s unscripted elements, “life caught unawares,” are ultimately what creates the film’s appeal—villagers mourning the death of a family member, Vit’ka the Bun philosophizing on the meaning of life, Triapitsyn swearing his heart out after he discovers that his boat engine has been stolen… Besides capturing the raw beauty of nature, The Postman’s White Nights encourages the viewers to find elegance and grace even in what may seem unsightly at first glance. 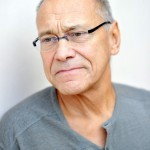 Andrei Konchalovskii was born in 1937 in Moscow. The child of Natal’ia Konchalovskaia, who was a poet and author of the book Our Ancient Capital, and Sergei Mikhalkov, a famous children’s poet, Konchalovskii is also the older brother of Nikita Mikhalkov. After studying in several Moscow music conservatories, Konchalovskii went on to the State Institute of Cinematography (VGIK), where he studied under Mikhail Romm. In the 1960s, together with Andrei Tarkovskii, he wrote the screenplays for The Steamroller and the Violin, Ivan’s Childhood, and later, Andrei Rublev. Over the course of his career, he has directed numerous films that have become classics of Russian and world cinematography, such as The Story of Asia Kliachina, Uncle Vania, Siberiade, and The Inner Circle.
Selected Filmography
1965    The First Teacher
1967    The Story of Asia Kliachina
1970    Uncle Vania
1979    Siberiade
1983    Maria’s Lovers (USA)
1985    Runaway Train (USA)
1987    Shy People (USA)
1989   Tango and Cash (USA)
1992    The Inner Circle (USA)
1994    Asia and the Hen with the Golden Eggs
1997    The Odyssey
2002    House of Fools
2009    The Nutcracker
2014    The Postman’s White Nights