Irony of Fate. The Continuation

Plans for the sequel, Irony of Fate. The Continuation, were announced on the 39th anniversary of the release of Eldar Riazanov’s 1975 classic film, Irony of Fate, or Enjoy Your Bath, one of the favorite New Year holiday films from the former USSR and Russia. The sequel picks up thirty years later as a new love affair unfolds between the son and daughter of the original’s Zhenia and Nadia in a fashion that is similar to that of the first film. The original film is a fairy tale love story between Zhenia from Moscow and Nadia in Leningrad, who happen to celebrate the New Year together by chance. Zhenia, completely befuddled, breaks into Nadia’s apartment in Leningrad by mistake, as it has the exact same address and same lock as his own in Moscow; Nadia simply finds this unexpected stranger in her apartment. Both her fiancé, Ippolit, and Zhenia’s girlfriend, waiting for Zhenia to celebrate the New Year with her in Moscow, misunderstand the situation. After a series of comedic moments and conversations, Nadia and Zhenia slowly develop feelings for each other and the film ends in her coming to his apartment in Moscow. The remake, however, reveals that Zhenia and Nadia eventually returned to their original partners. Zhenia has a son (Kostia) and Nadia gave a birth to a daughter (Nadia). Most of the original cast make an appearance in the sequel, as well as Riazanov, who plays a cameo role as a passenger on the Moscow-Petersburg flight as he did in his own film.

The sequel set a new record for the Russian box office in 2008 and eventually collected nearly $55 million, due perhaps to Channel One’s marketing hype or to the nostalgia that attracted viewers from the older generation. But the film received mixed reviews. Much of the criticism especially attacked the brazen product placement for brands like Beeline, Nokia, Toyota, Aeroflot, Zolotaia Bochka, etc. Yet many audience members liked the film for its entertainment value.

However, the sequel lost much of the charm that the original had. The first film was a gentle satire on urban planning and housing projects in Brezhnev’s era, which magically transformed the private spaces of the two different cities into a one-bound community on New Year’s eve, where a fairy tale love story can be realized. It is not by accident that on the eve of 2008, the film’s glittering and cheerful holiday atmosphere was dominant on TV alongside Putin’s New Year celebratory speech. In the modern era, it reflected a rosy economic picture and a stable socio-political situation: the film was released when the peaceful replacement of Putin by Medvedev in the forthcoming election was expected. Ironically though, with regard to the economic situation, the release took place only a few months before the world financial crisis brought on by the Lehman Brothers bankruptcy. In this context, a smart twist for the characters of the post-Soviet generation occurs when it actually turns out that Kostia has manipulated the entire situation with trickery and personal appeal in order to achieve his goals.

It would be exaggerating the film’s worth if it was understood only as one of the worst remakes ever, whether in Hollywood or Russian production. Indeed, it has its own charms. The special effects, such as CGI, animation, slow motion, etc., which are characteristics of Bekhmambetov’s films, enhance a festive and optimistic mood for the young generation. The film begins with a lovely opening scene, with Vera Mukhina’s sculpture in the Mosfilm logo, snow falling, and Father Frost and the Snow Maiden dashing through the snow to the tune of Jingle Bells. The narrative maintains a decent pace and contains comic moments. Also, the film attempts to offer a balanced portrayal for Nadia’s two suitors, Kostia and Iraklii, as had been the case with Zhenia and Ippolit. Iraklii, a pompous businessman in a smart suit, at first seems incapable of intimate conversations because of his constant talking on the phone, turns out to be a lonely being in a strange city. Also, he is a man who is good and humane enough to try to save a drunken soldier.

The plot holes appear in the depiction of Nadia (the daughter) and the original cast that represent the older generation. It is not easy to follow the development of the two young characters’ feelings towards each other, as well as Nadia’s sudden rebellion against her parents’ encouragement to accept a role as a snow maiden by leaving the celebratory table. Zhenia and Nadia (the mother) preserve their love affair as a precious memory and remain romantics even after thirty years. Poor Ippolit has lost all the good sides of his original character; all that is left is as a stubborn, pompous old man.

But for the new generation, not even the Soviet fairy tale exists anymore. Now, victory in the love triangle of the young generation goes to the cunning manipulator; the fairy tale works not to develop community bonds and romantic intimacy in a make-believe world, but to underscore the victory of the trickster frog over the prince in an entirely new one. 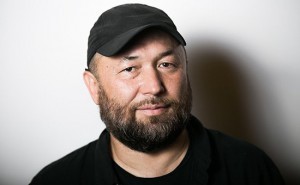 Timur Bekmambetov is a Russian-Kazakh film director and screenwriter, well-known for the international blockbuster series, Night Watch (2004) and Day Watch (2006). He was born in Guriev (in present-day Artyrau, Kazakhstan) in 1961 and graduated from Tashkent Theatrical Art Institute in 1987. He made his debut with his first feature film Pershavar Waltz in 1994, a film about the Soviet war in Afghanistan, which received the Best Director award at the Karlovy Vary International Film Festival. He made a successful career as the director of the Bank Imperial ads and started his own film company, Bazelevs Production in 1999. With his blockbuster hits, he emerged as one of the most commercially successful directors in the post-Soviet world and was invited to Hollywood to direct his first English-language film, Wanted (2008). Since then, he has been working in Hollywood and Russia.