pal·in·drome [ˈpalinˌdrōm], noun: a word, phrase, or sequence that reads the same backward as forward; early 17th century; from Greek palindromos “running back again,”—palin (“again”) + drom (from dramein “to run”).

The first fifteen minutes of Sergei Solov’ev’s 2-Assa-2 are a solid attempt at frustrating even those who may kindly describe themselves as experts in Russian film. The opening scene shows deceased singer Viktor Tsoi of the rock group Kino performing the famous song “We Wait for Change” at the Zelenyi Theater in 1987; Sergei Shnurov, lead singer of the nostalgically named rock group Leningrad, screaming “We no longer wait for change!”; a reference to Pushkin; excerpt readings from Anna Karenina; as well as the appearance in an all-women’s penitentiary of a film director from Moscow who is determined to find his next female protagonist for his own screen-adaptation of Anna Karenina.

It is not by accident, however, that this assembly line of vignettes—an approach that Solov’ev carries through in the rest of the film—opens with sequences taken from the original 1987 cult film Assa. It was also not by random choice that Solov’ev decided to begin filming his “20 years later” sequel in 2008, the same year that Shnurov disbanded Leningrad, and, more importantly, the same year in which the first “European” war of the 21st century, namely the Russo-Georgian war, transpired. The only other date that is given equal importance in the film is 1989, a year that is regarded as the beginning of the collapse of the Soviet Union. 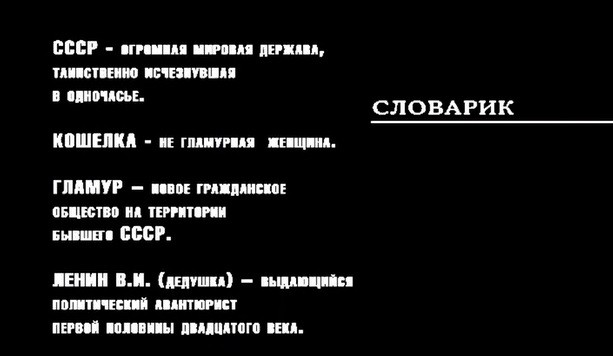 In both textual and cinematic form, the reading and production of Anna Karenina in 2-Assa-2 purposefully takes us to yet another backdrop of rapid transformations in nineteenth-century Imperial Russia. Solov’ev’s aggressive, self-referencing historiography is emphasized half-way through the film when we see a full-screen mini-dictionary defining the USSR as “a large world power that disappeared all at once under mysterious circumstances.” Within seconds of this frame, the name “Vladimir Ul’ianov (Lenin)” appears in the credits only to be reintroduced again later visually in the film through an excerpt from Dziga Vertov’s 1934 production Three Songs of Lenin. What’s more, Solov’ev took the liberty of super-imposing a cartoon bubble above Lenin’s head that allows him to officially declare cinema as “the most important of all the arts.” Solov’ev’s postmodern play on history is at the center of 2-Assa-2. The actual storyline is secondary, and it is only there to further the clock and to provide a safety net to what would be a complete chaos of scenes.

An eight-month pregnant Alika (Tat’iana Drubich) is serving a five-year sentence in prison after killing Krymov. One of the prison wardens throws “a present” at her one morning, a copy of Anna Karenina (with the first 30 pages missing). As soon as Alika delves into the novel, she is discovered by a Moscow film director who takes her away from “all that” and turns her into a great movie star, even offering her the role of Anna Karenina in his new film. Krymov’s orphaned daughter (her mother is shown locked up in a mental hospital), however, decides to join forces with a rich mafia boss living in Italy in order to destroy Alika. After attempting to dismantle the production by pulling funding, she ultimately succeeds in her revenge by arranging for a very real death of Anna Karenina. She then goes after the director and Alika’s daughter, both of whom are gruesomely attacked and in the case of the latter, methodically disabled. Both the revenge story and the Anna Karenina production plot are interrupted with flashbacks to the original Assa and musical numbers by Shnurov and Ekaterina Volkova. The ghost of Tolstoi haunts the train station at Beliaevo and eventually leaves on a spaceship with a Russian “cosmonaut.” In perhaps the most telling instance of allegorical language, a dead man is resurrected via the Frankenstein-ian method of dismembering the head and attaching it to another body. A few electroshock treatments later, he is ready to receive Anna Karenina’s ghost. 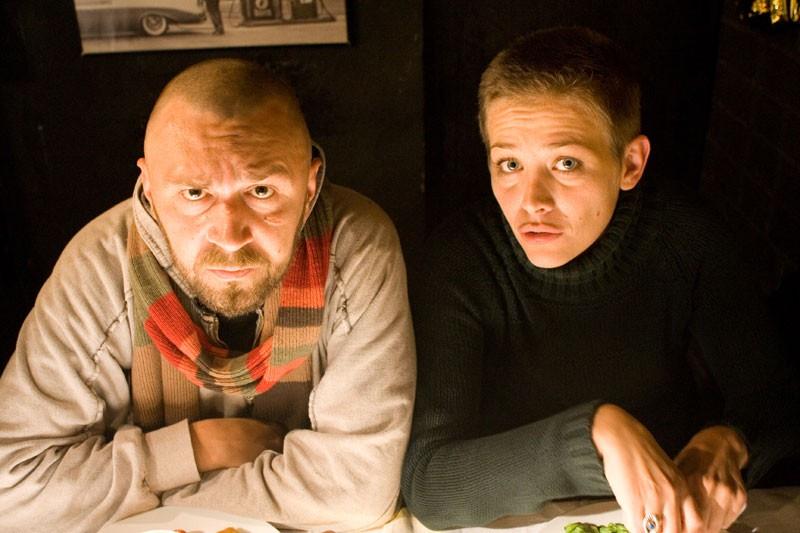 Sergei Solov’ev’s 2009 film is a collection of non-storylines, each one so tightly wound it is bursting at the seams with the weight of its own historical commentary. They are as disjointed as they are deliberate in their attempt to repurpose the Soviet past and bring it back in all of the art forms that may embody it, including text, theater, film, and music. Piecing together that which has been destroyed, that which has been saved, and that which is yet to be accepted after the collapse of the Soviet Union, 2-Assa-2 ultimately dismisses both the beginning and the end of Russia’s new history after 1991. 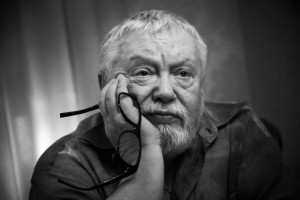 Sergei Solov’ev is a long-standing director, producer, writer, and actor. He studied and worked at the State Institute of Cinematography (VGIK), and contributed for Leningrad TV and Mosfilm Studio from 1969 until 1987. In addition to winning the Silver Bear for Best Director at the 25th Berlin International Film Festival in 1975 and serving as a member of the jury at the 22nd Moscow International Film Festival in 2000, Solov’ev greatly contributed to the Russian rock movement of the Perestroika era with films such as the first Assa (1987) and Black Rose—the Emblem of Sorrow, Red Rose—the Emblem of Love (1989). Solov’ev was awarded the honorary title of People’s Artist of the Russian Federation (Narodny artist Rossii) in 1993.