The Dawns are Quiet Here

Film critics and cinema professionals waited in expectation of this film with anything but baited breath. Indeed, the general attitude to the film leading up to the premiere seemed to be summed up by the simple question—why? Who needed a remake of Stanislav Rostotskii’s popular 1972 film, based on the story of the same title, written in 1969 by the great Soviet writer Boris Vasil’ev? Implicit in the question was an assumption that any such remake would be bad.

The director of the film had an answer: the younger generation no longer has the direct access that their elders had to this classic Soviet plot and to the historical

knowledge that it imparted. Before and during the film’s production, its director often repeated his stated intention to create not a remake of the earlier film, but rather a new visualization of the original literary text, appropriate to a new generation of cinema viewers. The story is indeed one that was well known to at least two generations in the post-war Soviet Union. 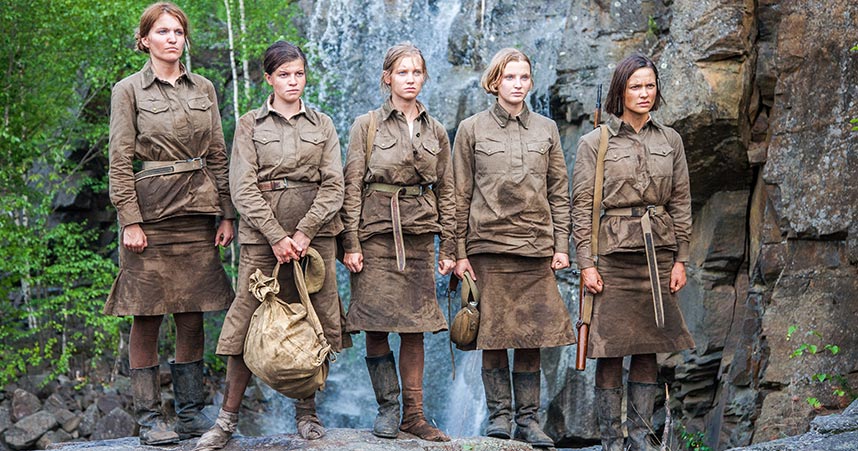 The action is set in the spring of 1942 and takes place at an anti-aircraft defense post in the northern region of Karelia. At the outset of the film, a small brigade of women fighters rotates in to “man” the post. The commander of the post, Fedot Vaskov, scarcely has time to adjust to the unfamiliar needs of his new subordinates before a pair of German scouts are detected in the vicinity. Concluding that an attack on a major transport link is imminent, Vaskov chooses five of his new women warriors to pursue and capture the scouts. They soon discover that the two scouts are actually part of a group of sixteen German fighters, and the stage is set for what will be, in many ways, a conventional Soviet wartime action film, which will include heroism, pain, sacrifice, and loss on the way to ultimate elimination of the enemy threat.

Rostotskii’s 1972 film followed the literary original no less closely than does Dovlet’iarov’s, thus the question of whether the new film is or is not a “remake” has become less interesting. Although the new film mercifully shortens the running time of the Soviet epic by half, no important story elements are missing. Among the very few significant differences in the structure of the these works, the contrasting approaches to the history of Stalinist repression is certainly among the most prominent. Davlet’iarov’s film provides each of the five heroines with a distinctly tragic biography, retold in flashbacks that manifest an almost documentary style, complete with intertitles and voiceover narration. Vasil’ev’s literary text also gave the young women distinct personal histories containing isolated allusions to events (loss, separation, dislocation) to which the reader could supply the missing historical explanations. In Rostotskii’s film, the flashbacks do not provide historical information but rather present subjective personal recollections from childhood, thus allowing even the sparse allusions of the literary text to disappear into the fog of imperfect personal memory. To the filmmaker’s credit, this particular narrative of wartime adventure resists the current general tendency in Russian cinema toward patriotic and sanitized retellings of heroic wartime battles so as to elicit a renewed sense of national pride. 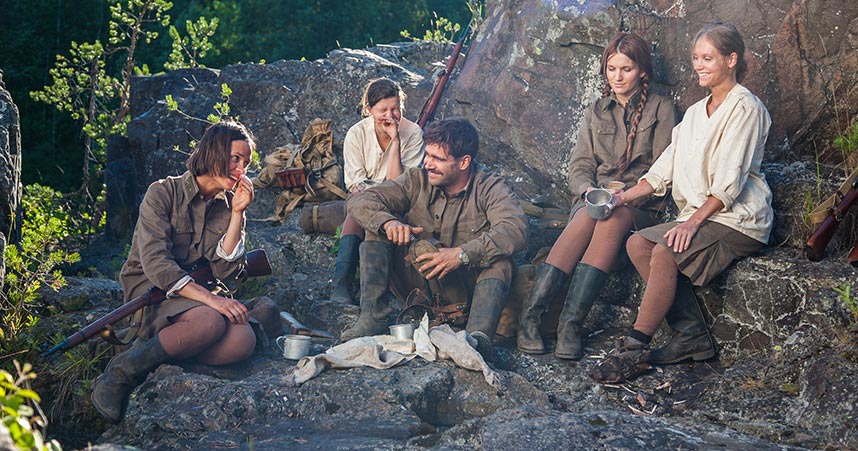 While one can admire Davlet’iarov’s fidelity to history over the political demands of the time, many negative reactions to the film seem to circulate around a certain ideological disorganization in the finished product. In the service of the filmmaker’s desire to reach a new younger generation, the film distinguishes itself with quicker action scenes, special effects, an effective musical track, and, above all, the generally pleasing visual presentation of actors and scenery required of all commercial cinema. As many critics have noted with particular force, the five young women manage to remain visually pleasing even as the battle becomes desperate and the losses severe. Clotted blood on clothing is as close as this film allows us to get to what, in a more gritty aesthetic, would take the form of at least severed limbs, if not the wholesale annihilation of human bodies.

Along with this general reticence to do violence to the female body, one also notes the survival intact of almost every standard gendered trope of nations in wartime. While the film depicts women warriors in battle, various plot points remind us of woman’s more basic role as wife and mother, her function as the embodied representation of the Motherland, and her position as that for which we fight, not only in the present (home and hearth), but also in the future (the nurturing of children and thus the continuation of the nation). This tropic overload of the film’s symbolic structure seems to bleed into the physical action of the women in battle. As the cacophony of reactions to the film show, the film does not make any clear statement about the performance of these specific women in combat. Are they heroic or incompetent? Do they rise to the challenge or do they tend to fail at the most critical moment? The film gives us examples of each, the only consistent organizational principle seems to be the persistent subordination of the five women to the one man. The more aware we become of these most conventional moments in the film, the more we once again pose the question: why was another version necessary? 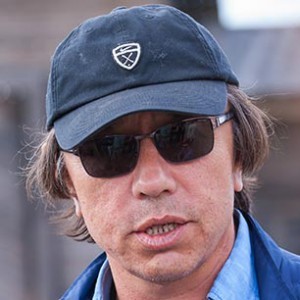 Renat Davlet’iarov was born in Astrakhan in 1961. His formal higher education was in engineering but, in place of the traditional film-school education, a job as set designer at Mosfilm Studios in 1985 began his extensive on-the-job training that led to a wide-ranging list of accomplishments not only as a filmmaker but also as a writer, administrator, and public figure throughout the Russian film industry, most prominently as Executive Director of the Moscow International Film Festival. At the present time he is President of the Russian Guild of Film Producers and the Head of Interfest Film Studio.