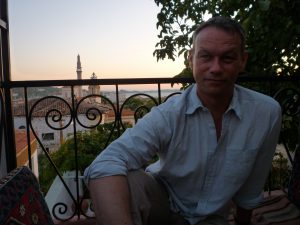 Randall Halle (Klaus W. Jonas Professor of German Film and Cultural Studies) is the Director of the Film Studies Program at the University of Pittsburgh and Chair of the German Department. He is also a founding member of the graduate program in Critical European Culture Studies. His books include The Europeanization of Cinema and German Film after Germany. His essays have appeared in journals such as New German Critique, Screen, Camera Obscura, German Quarterly, and Film-Philosophy.