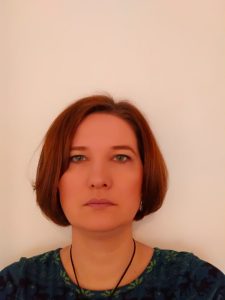 Xenia Leontyeva has a PhD in economics, is an analyst of the Russian cinema market, and head of Nevafilm Research. She graduated from the economics department of the Russian State Institute of Cinematography (VGIK), Moscow, and did her post-graduate studies at the Saint-Petersburg State University of Cinema and Television. She has been working in the cinema domain since 2004. As senior analyst at Nevafilm Research she is in charge with the preparation of all the reports on the Russian and CIS cinema market development, and an editor in chief of the company magazine Cinemascope.

Since 2015 she has been an associate professor of the producers’ department at Saint-Petersburg State Institute of the Cinema and Television and a lecturer at the Moscow Film School. She is the author of many articles on Russia’s cinema market, published in Russian Film Business Today, Cinemascope, Film Art, Film Journal, etc, as well as co-author chief editor of numerous publications.

Nevafilm was founded in 1992 and has a wide range of experience in the film industry. Nevafilm Research has undertaken independent monitoring of the Russian cinema market since 2003; and is a regular partner of international research organizations providing data on the development of the Russian and CIS cinema market.