Toward the end of Andrei Zviagintsev’s Leviathan, Liliia (Elena Liadova) showers and dresses herself for work in the dark before emerging to a blustery, cloud-obscured sunrise on the banks of the Barents Sea where she, her husband, and teenage stepson live. Instead of following her usual path to the bus stop, she takes a detour to the edge of a cliff and gazes down at the violent waves breaking against the ragged walls of the precipice. Just meters away from the shore, a whale emerges from the choppy waves and silently vanishes again before her eyes. While this scene follows Liliia and not the film’s protagonist, her husband Kolia (Aleksei Serebriakov), the image of the lone figure, framed against nature and its chance encounters evokes Leviathan’s brooding tone and the spiritual questioning at its heart.

Zviagintsev’s visually bleak and contemplative films have inspired critics to see him as a successor to Andrei Tarkovskii. Indeed, like his renowned compatriot, Zviagintsev is chiefly concerned with form and cinematic language; he endeavors above all to tell a story in ways that are unique to the medium of cinema. Like his previous films, notably his debut film The Return (2003) and Leviathan’s immediate feature-length predecessor Elena (2012), Leviathan concerns an intimate circle of people and their interpersonal tensions—in this case, Kolia’s family and a handful of their friends. Leviathan also shares with Zviagintsev’s earlier films overt Biblical references that serve to complicate (rather than alleviate) the characters’ process of recovering from tragedies that befall them. Ultimately, Zviagintsev’s objective in tying Biblical references to the narrative of Leviathan remains obscure, so that they raise more questions than they satisfy.

Among the sources Zviagintsev has cited as inspiration in making Leviathan, two stand out in particular. First is Heinrich von Kleist’s novella Michael Kohlhaas, which pits mazelike bureaucratic oppression against an individual without the skills to navigate the system. Second is the Biblical Book of Job, a story that mirrors, in many ways, Kolia’s trials in Leviathan. While Zviagintsev reportedly did not have Thomas Hobbes’ political treatise of the same name in mind, the connection between the two has not gone unmentioned by critics. The Book of Job also makes reference to the sea monster Leviathan, which is evoked beyond the film’s title as a cavernous whale skeleton resting on the beach near Kolia’s house. The whale’s history remains untold, and it has simply merged with the setting. It is, like the living whale Liliia spots from the cliff’s edge, a palpable reminder of the human individual’s failure to access the natural and spiritual worlds.

Critics and journalists have inferred from Zviagintsev’s religious framing devices that he intends simultaneously to explore human spirituality and critique the Russian Orthodox Church. Zviagintsev neither explicitly confirms nor denies these interpretations, though he does outrightly disparage the Church’s influence on the state and people in positions of power. Leviathan’s critique of the Church is not subtle; a respected Bishop quietly encourages the mayor, Vadim (Roman Madianov), in his efforts to bully Kolia out of his property. But Zviagintsev is not interested in painting a black-and-white portrait of oppressor and oppressed. Vadim is a relentlessly despicable character, but he is also shown to be vulnerable and insecure in his desperation to keep his title. He plots to murder Kolia’s lawyer Dima (Vladimir Vdovichenkov), by whom he feels threatened, but releases him at the crucial moment. Even as Vadim fully embodies the role of a foul, corrupt politician, the film does not let the audience dismiss him entirely as a human being.

By the same token, Kolia is never represented as unquestionably virtuous, or even as necessarily goodhearted. He loves Liliia, but most of his daily efforts go into fighting to keep his property and he therefore overlooks her long-suffering silence. Due mostly to bureaucratic and other factors outside of his control, but also in part to his short temper, Kolia slowly loses everything that matters to him over the course of the film. In a near-catalytic confrontation with Father Vasilii, the local priest, Kolia somewhat scornfully demands to know whether he could have avoided ruination by attending church and giving confession. Father Vasilii responds by relating the Book of Job, evidently urging Kolia to make peace with his misfortunes and to let God back into his life. Though he is indisputably a victim, Zviagintsev refuses to paint Kolia’s character as a pure innocent, brutalized and exploited unfairly by a corrupt system; in short, the film remains subtle in its political critique by refusing to over-humanize him.

Zviagintsev adamantly refuses, therefore, to prompt his audience to see his characters in any particular way. He urges his actors to take on their roles without conferring judgment on the characters they play despite any flaws or questionable actions. Onscreen, they are presented as confined to lives that are at once quotidian and dramatic. He is committed to the everyday lives of his complex characters, but in such a way that the “slow burn” of Leviathan gradually culminates in a reality for which a happy outcome is unattainable. This sense is fueled by the film’s somberness, which has become a signature for Zviagintsev through his frequent collaboration with director of photography Mikhail Krichman.

Rather than establish familiar shot—counter shot relations between characters, Krichman and Zviagintsev prefer to allow scenes to unfold with minimal intervention from editing. The camera watches pensively without interacting, so that the film’s aesthetic is at once understated and sensational; Leviathan is meticulously paced with long takes, slow tracking shots, and breathtaking long shots of the surrounding landscape, elevating the sense of isolation in the desolate north. A live whale sighting is a rare and fleeting occurrence, and it offers a glimpse of a world that humans in Leviathan can only hope to brush up against when its carcass washes up on the shore. The whale’s ghost therefore hangs over the film; the skeleton on the beach and Liliia’s brief encounter offer the constant reminder that ordinary humans fall eternally short of reaching the realms of nature and spiritual understanding. The entire film is imbued with the promise of imminent snow, unraveling slowly on the verge of chilling melancholy that will offer no relief when it finally freezes over. 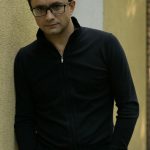 Andrei Zviagintsev was born in Novosibirsk in 1964. He spent the beginning of his career in front of the camera, acting in theatrical productions, films, and TV series. His first directorial project was a set of three episodes for REN-TV. In 2003, he gained international attention for his feature-length debut The Return, which won the Golden Lion at the Venice Film Festival and was nominated for numerous other awards. Since then, his films have circulated at film festivals to high critical acclaim.
Filmography:
2017    Loveless (pre-production)
2014    Leviathan
2011    Mystery (short)
2011    Elena
2009    Apocrypha (short)
2007    The Banishment
2003    The Return