Aleksandr Veledinskii’s The Geographer Drank His Globe Away is his third feature-length film and is based on Aleksandr Ivanov’s 1995 novel of the same title. The film tells the story of a middle-aged man, Viktor Sluzhkin (Konstantin Khabesnkii), who used to be a researcher in the field of biology, but now he teaches geography in a high-school in his hometown of Perm’ (an industrial city in the Ural region) to support his family. His wife Nadia (Elena Liadova), exhausted by the drudgery of everyday life, no longer loves him and calls him a loser; his best friend, Budkin (Aleksandr Robak), who introduces himself as a “corruptioner,” initiates an affair with his wife; his students do not seem to respect him either and often play pranks on him. As the film unfolds, however, we learn that although he is not particularly loved by his wife, he attracts and is attracted to other women; he openly agrees to and even helps to arrange his friend’s affair with his own wife; he eventually earns the respect of his most unruly student Gradusov (Andrei Prytkov) and develops a platonic love for his student Masha (Anfisa Chernykh). All of these acts are done halfheartedly and often not in a sober state. In short, we see a depressed, middle-aged member of the intelligentsia who is neither able nor willing to fit in with contemporary society. 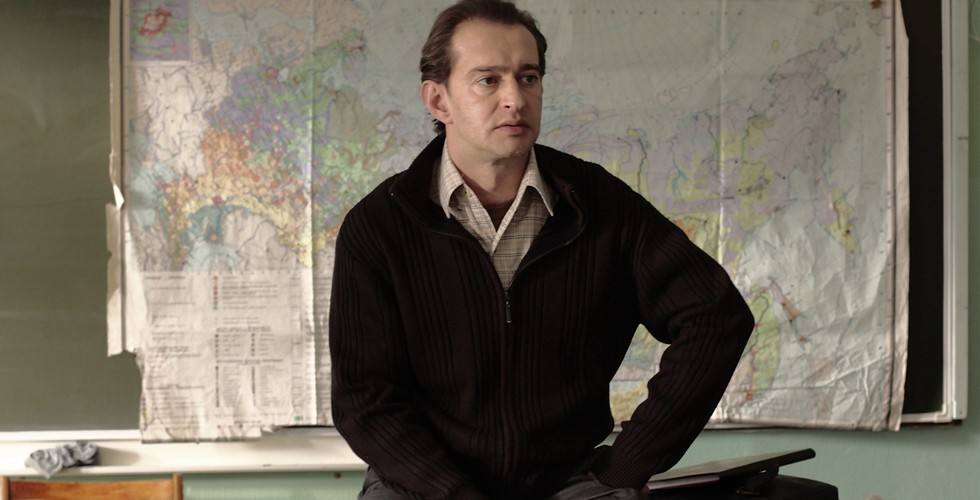 As the director himself and many critics have already pointed out, the portrait of this melancholic hero has a long-standing literary and cinematic genealogy. In the context of nineteenth-century Russian literature, Sluzhkin resembles a superfluous man or Dostoevsky’s Prince Myshkin. Among late Soviet era films, he is often compared to protagonists from Roman Balaian’s Flights in Dreams and Reality (Polety vo sne i naiavu, 1982), Vitalii Mel’nikov’s Vacation in September (Otpusk v sentiabre, 1979, released in 1987; based on Aleksandr Vampilov’s play The Duck Hunt), or Georgii Daneliia’s Autumn Marathon (Osennii marafon, 1979).

Most of the debates around the film are focused on the genealogy of this main character. Is Veledinskii’s Sluzhkin, similar to Ivanov’s hero from the novel, a true descendant of this genealogy or a false one? The numerous awards won in the year of the film’s release testify to a favorable reception of this character. Some critics praised the film and Khabenkii’s role in it for representing a long-awaited “hero of our time,” who is indifferent to economic and social success and embodies the freedom of the marginalized intelligentsia, positioned as a holy fool. Veledinskii claims that even though the action of the film takes place fifteen years later than in Ivanov’s novel, both the novel and the film portray a archetypal character for Russia: “such characters as Sluzhkin existed in the 1950s, in the 1970s, still exist today, and will exist tomorrow.” Khabenskii describes his Sluzhkin as a seeker, not a loser. In an interview he says: “Of course he shies away from society and everyday life—through alcohol, jokes, and little lies. But he is a seeker, who tries and offers his own model of the world to the young generation. Why do you think that he is a loser?”

Not everyone agrees with this line of interpretation. One critic suggests that Sluzhkin represents a degenerate descendant of the intelligentsia and that “his generation cannot teach anybody anything.” “In essence,” the critic claims, “we see a model of contemporary Russian reality, the content of which is the dream of a loser’s victory.” Another critic states that the character of Sluzhkin, compared to the hero of Ivanov’s novel and his other predecessors, is flattened and devoid of context in this film. According to this critic, by empting out the social context of the character, the “creators [of the film] tried to achieve a very clear goal: to depict the defeat of Sluzhkin and the entire strata of the intelligentsia behind him as a victory.” The critic concludes that “[i]n this respect, The Geographer is a truly historical film, as it has tangibly and vividly embodied the gloomiest symptom of the post-Soviet intelligentsia’s defeat: the state of denial.” It is up to viewers to decide whether Sluzhkin in the film embodies the unacknowledged victory of today’s intelligentsia or the denial of their defeat.

In the closing lines of these program notes, I want to draw attention to the role of schoolchildren in this film. Preoccupied with the role of an apathetic intelligentsia in contemporary society, critics often overlooked the young generation’s role in this snapshot of contemporary Russia. In light of the unprecedented rejuvenation of mass protests against corruption that occurred across 99 cities in Russia on 26 March 2017 (the majority of the participants were schoolchildren and college students), it is interesting to ask: how does the film represent the everyday life and concerns of schoolchildren? Does this representation help us to understand this civic activation of the youth, so surprising for pundits and lay people alike? 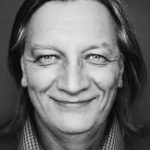 Aleksandr Veledinskii was born in 1959 in Nizhnii Novgorod and spent his early adult years working as an engineer in the provinces. He began his career in cinema only in the early 1990s, moving to Moscow to begin formal study at the Graduate School of Scriptwriters and Film Directors (workshop of Aleksandr Proshkin and Valerii Priemykhov). He is the director of two prize-winning short films, Enfant Terrible (1995) and The Two of Us (2001). His best-known early work, however, was in television—as director of the serial The Law and as co-author of scripts for such well-known TV-serials as Long Haulers (2001) and The Brigade (2002). His reputation as a significant new Russian filmmaker was secured with the release of Russian (2004).