Produced in IMAX, Aleksei Mizgirev’s The Duelist serves as a recent example of a historic costume drama, oriented towards both a Russian and global audience. The film was released in Russia in late September 2016 although it premiered on the world stage several weeks earlier. The film story was influenced by the success of Andrei Zviagintsev’s Leviathan, which was nominated for the Oscar in 2015. Leviathan’s film producers, Aleksandr Rodnianskii and Sergei Mel’kumov, hoped to achieve global success for another Russian auteur film with the support of Columbia Pictures.

The Duelist narrates the story of a former Russian imperial officer, Kolychev (Petr Fedorov), who lost his title and served in Alaska for several years as a soldier. After the protagonist returned to Saint-Petersburg, he started to look for ways to take revenge on his enemy and to restore his honor. In the meantime, he earns money participating in duels organized by his German business partner (Martin Wuttke). The film is set in the era of Alexander II, when the Russian empire was at the peak of its power and enjoyed a position of influence across Europe and Asia. 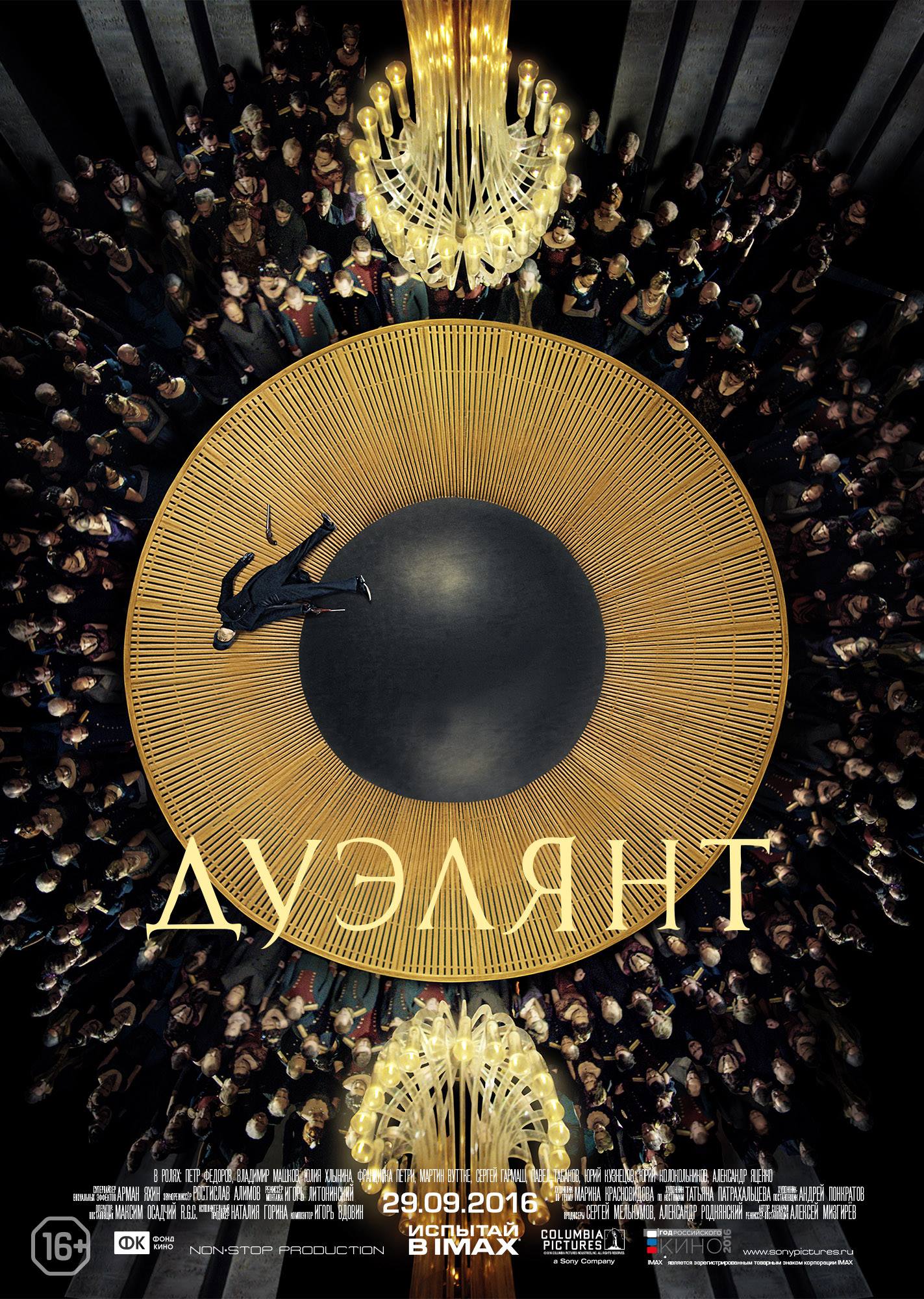 The director masterfully recreates the atmosphere of imperial Saint Petersburg. The streets are filled with carriages, horses, and traces of nineteenth-century everyday life. Street signs and advertisements are in the form of the old Russian spelling and mansions in rich neighborhoods are grandiose and stylish. The poor and dangerous nooks of Saint Petersburg, moreover, are dirty and realistically ruined. Sludge covers the streets of the city and adds moral overtones to the imperial splendor. The film’s color palette appears as silver-gray, black, and navy, making the film aesthetically mimic the noire style. Bright colors like white and red mark the women who influence the protagonist’s life. The costume design, furthermore, connects contemporary glamour and nineteenth-century Russian imperial fashion. Due to its quality of work, the Russian National Academy of Cinema Arts and Sciences recognized the film’s costume design, art-direction, and camera work with the Golden Eagle award. In addition, the audience can enjoy the professional ensemble of contemporary Russian film stars such as Vladimir Mashkov, Sergei Garmash, Iurii Kolokol’nikov, and Petr Fedorov, who are well-known from recent films and television serials.

The director organizes Russian society around the imperial court, and although the emperor is absent as a figure in the film he is present in a different way. All of the characters discuss the issue of honor, the most valuable (and invisible) matter that defines a nobleman. Iurii Lotman examined the issue of honor in Russian aristocratic imperial society in two ways: as a sign of personal dignity and as a social value. He maintained that noble honor could only be granted and revoked by the emperor. Therefore, noble honor emphasizes the inclusion of a person into society through the invisible connection to the emperor as the source of honor. If a person’s honor was taken away, the vassal’s relationship with the emperor was also broken. Consequently, such a person became an outcast. In addressing the question of honor in the film, Mizgirev examines the connection between the personal and the social, the connection that simultaneously alludes to an individual as well as to state importance. The film suggests that honor is the uniting moment that brings together contemporary Russian society and fulfills the liberal intelligentsia’s quest for a meaningful social life.

Besides analyzing the issue of honor, the film criticizes imperial laws by pointing towards a bureaucratic machine that works only in favor of authoritative people. Deeply implicated in bribery, the state bureaucracy is depicted as a powerful tool of a corrupted state apparatus that is not able to deal with honor. In the scene when a state clerk admits that he cannot help in restoring the protagonist’s honor, the director shows that in his cinematic world there is another form of power. This true force overpowers the state apparatus and serves as the real basis for social life. The emperor appears as the embodiment of this ideal, as he is the only one who can decide honor. Thus, at the same time, the film finds fault with the contemporary state while also supporting the main state figure. Fond Kino (The State Cinema Fund) approved of this position and sponsored the film with $3,164,550.00 (200,000,000 rubles) on non-repayable terms. 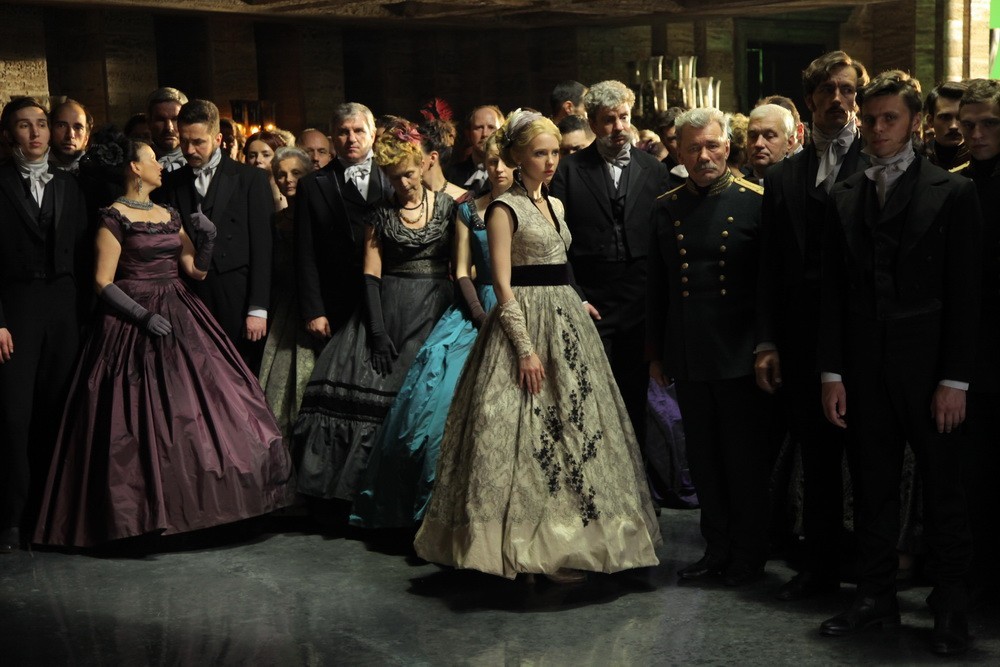 Unfortunately, for reasons connected with distribution, marketing, as well as other issues, the film was a box-office failure in Russia. The producers aimed to appeal to foreign audiences and therefore did not consider the taste of the local mass audience as their top priority. The film, however, is more than enjoyable for cinephiles, who can appreciate the team-work of the cinema professionals involved in making an impressive example of Russian high-quality art-house cinema. 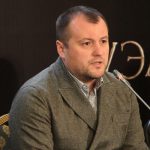 After graduating from Tomsk State University with a major in Philosophy, Aleksei Mizgirev applied to the State Institute for Cinematography (VGIK) and was accepted into the workshop of Vadim Abdrashitov to study film directing. Under the supervision of Abdrashitov, Mizgirev held an internship as an assistant director and then started making his first independent shorts. The director holds a Silver Leopard prize from the 62nd Locarno Film Festival. Mizgirev’s Buben, Baraban won The White Elephant prize for Best Screenplay in 2009.
Filmography:
2016    The Duelist
2012    The Convoy
2009    Buben, Baraban
2007    Hard-Hearted
2004    Kulagin and Partners (assistant; TV-            series)
2004    Notification (diploma film)
2001    Nina (short)
2001    In Transit (short)
2000    A Bad Apartment (short)