Hard to Be a God

To start with the bad news—if you are about to watch Hard to Be a God for the first time, prepare to experience a film that continues along the aesthetic trajectory established by the director in such earlier films as My Friend Ivan Lapshin and Khrustalev, My Car!: from annoying distraction, through disgust and revulsion, to an overwhelming total sensory experience that mimics psychotic breakdown. Although the experience will not be pleasant, you will see a vivid example of how a supremely talented filmmaker plays God, creating an alternate reality with its own laws, its own aesthetic, and its own values (or lack thereof). You may not feel that Aleksei German had any right to do such a thing to you, but his achievement in this, his last film, is undeniable, if difficult to articulate.

The film is based on the povest’ [long-form story] by the Strugatskii Brothers, Arkadii and Boris, the famous and beloved Soviet science-fiction writers. German had been their choice to direct any film version of the story since shortly after its publication in 1964. The story was much darker than earlier works by the popular writers, and neither the general atmosphere nor the basic plot of the film deviates far from the literary text. But despite the help of an off-screen narrator, the plot of the film is almost impossible to follow for viewers not familiar with the story, thus a brief summary is necessary.

In the Strugatskii text, an expedition from 22nd-century Earth visits a planet with a civilization in the medieval stage of development. Their mission is to observe and to ascertain the possibility of aiding extraterrestrial civilizations in their development toward the enlightened form of social organization enjoyed by the denizens of Earth. In the spirit of terrestrial anthropologists, the Earth scientists embed themselves in the unenlightened world, particularly in the Kingdom of Arkanar, where the bulk of the action takes place. This Kingdom had begun to see the development of what humanity would recognize as high culture: art, poetry, scientific knowledge, and rudimentary technology (printing, optical lenses). In this context, an ambitious security official named Don Reba (Rebia in the Strugatskiis’ early drafts) begins a campaign of terror and violence against this culture, rounding up and executing any individuals practicing or spreading intellectual and artistic creativity. The protagonist, living under his local identity as Don Rumata, has been trying to rescue as many individuals as he can, removing them from Arkanar to a refuge where they can survive as exiles. By the time of the main action, Don Reba has established a military force, the “Grays,” with which to enforce a new Dark Age of conformity and ignorance. Living within and under the relentless brutality of this reality, Don Rumata ultimately despairs of ever leading this society to a better future. Abandoning his earlier faith and belief in the laws of social progress, he becomes involved in a violent struggle against the regime and violates the explorers’ prohibition against the taking of human life. 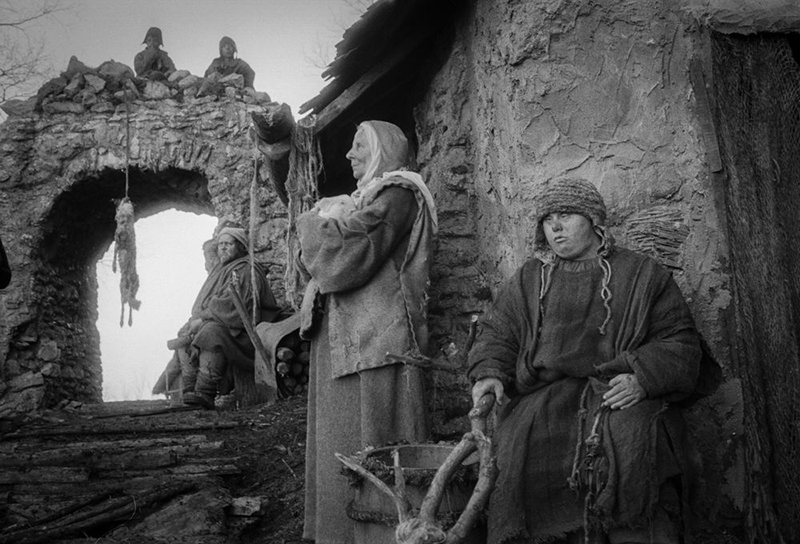 Although the basic plot of the sci-fi story remains unchanged, the film has absolutely no formal or thematic attributes of the science-fiction genre. At the level of emotional experience, German forces the viewer to forget the basic fact that the protagonist and his compatriots came to this world by choice and, presumably, could leave it at any time. This psychological state of freedom is replaced in the film by an alternative state of being that goes beyond claustrophobia, beyond pessimism, beyond even the most profound hopelessness, which after all cannot exist without at least the memory of past hopefulness. Formally, the film features many of the devices familiar to the director’s admirers and detractors alike: a disorienting, radically unfiltered audio track that captures nonsense in such quantity as to overwhelm sense; a camera eye that is constantly blocked by random objects and bodies intruding upon the viewer’s perception of the main action; an assortment of various bodily fluids oozing into the field of view through orifices both natural and violently man-made.

More peculiar to this film is the ubiquitous presence of petty violence—people in this world seem incapable of communicating anything without tweaking noses, boxing ears, chopping off pieces of flesh, crushing limbs, all for no particular reason. Finally, a fascination with odors and excrement manifests itself in the compulsive need to probe the most disgusting puddle, hole, or bodily cavity with one’s finger and then immediately lift it to (usually, one’s own) nose to have a sniff. The viewer is assaulted on all sensory sides and cannot even choose not to imagine the olfactory qualities of the world presented on screen. It hardly needs to be added that German’s dark film does not offer any relief in the form of a positive hero or a redemptive message. It does make it easy for us to supply the details that precede the action of the film, the details of how the protagonist, Don Rumata, has already lost all of his optimism and belief in progress in the opening shots of the film. 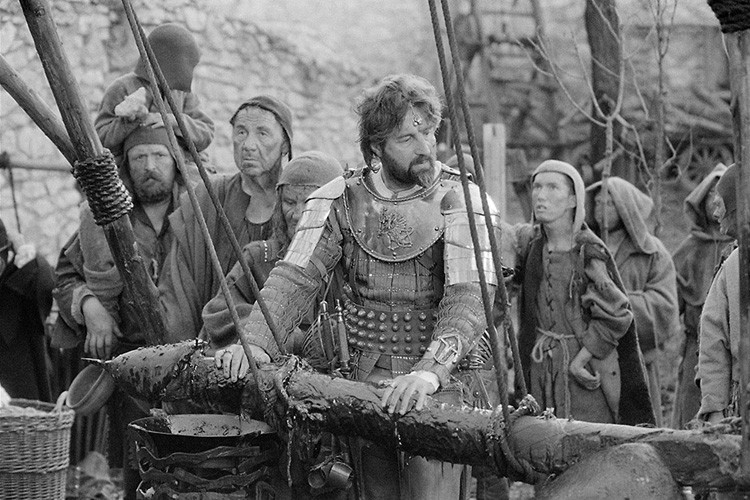 An achievement in cruelty (toward his viewers, his actors, and his protagonist) is also a genuine achievement, but in support of both German and his film, it can be said that he has taken a typically 20th-century work of science-fiction and produced out of it what, if we are very unlucky, might yet prove to be a definitive film of the 21st century. The Brothers Strugatskii deliberately made their story into an allegory for the horrors of Fascist Germany (most obviously) and Stalinist Terror (only somewhat less obviously, in the spirit of the Khrushchev Thaw). German’s cinematic house of horrors effects in the experience of the viewer an almost complete shutdown of the rational capacity for reflection or sense-making. Is this not what the “Grays” attempt within the storyline of the film? The manifestations of this dystopian world can take many, seemingly contradictory forms—from the desecration of religious shrines to the wholesale delegitimization of scientific method, from the rise of fanatical religious sects to the loss of all spirituality in digitally fashioned identities. If it is hard to be a god (or God), it is also getting ever harder to be a human. 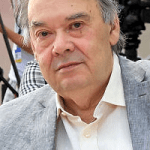 Aleksei German was born in Leningrad in 1938, the son of Soviet writer Iurii German. He worked in the theater prior to 1964 when he joined Lenfilm Studio. In 1990, within Lenfilm, he established and led the Studio for First and Experimental Films. Whether due to censorship or to the director’s uncompromising artistic ambition, many of German’s films were released only many years after work on them began. By the time of his death in 2013 during lengthy post-production work on his final film, German was almost universally acknowledged as one of the most significant directors in Russian cinema of the post-war period.