All Will Soon Endis, at its heart, a film about modern, urban working-class masculinity in crisis that falls into the same trap so many such stories do in that it sidelines and devalues the experience of its female characters for the sake of the male protagonist’s development.  At this point in explorations of this topic, any story that devalues the feminine perspective to such a degree is bound to devolve into tired cliché.

The first post-title sequence establishes Nosov’s extreme isolation in St. Petersburg as he goes about his routine at the machine shop where he works, and then leaves to head home. As he exits, the viewer is treated to the first of many long shots of him wandering the streets, alone and brooding, dwarfed and further isolated by the expanse of the cityscape.  Punctuating the moment, the first of many morose rock songs is featured.  Nosov is a transplant to the city, and his only friends are actually acquaintances from the machine shop.  Significantly these are both older, married men subject to the “civilizing” and domesticating influence of a wife, evidenced by the good-natured complaints about the dacha-buying process.  Nosov remains alone. 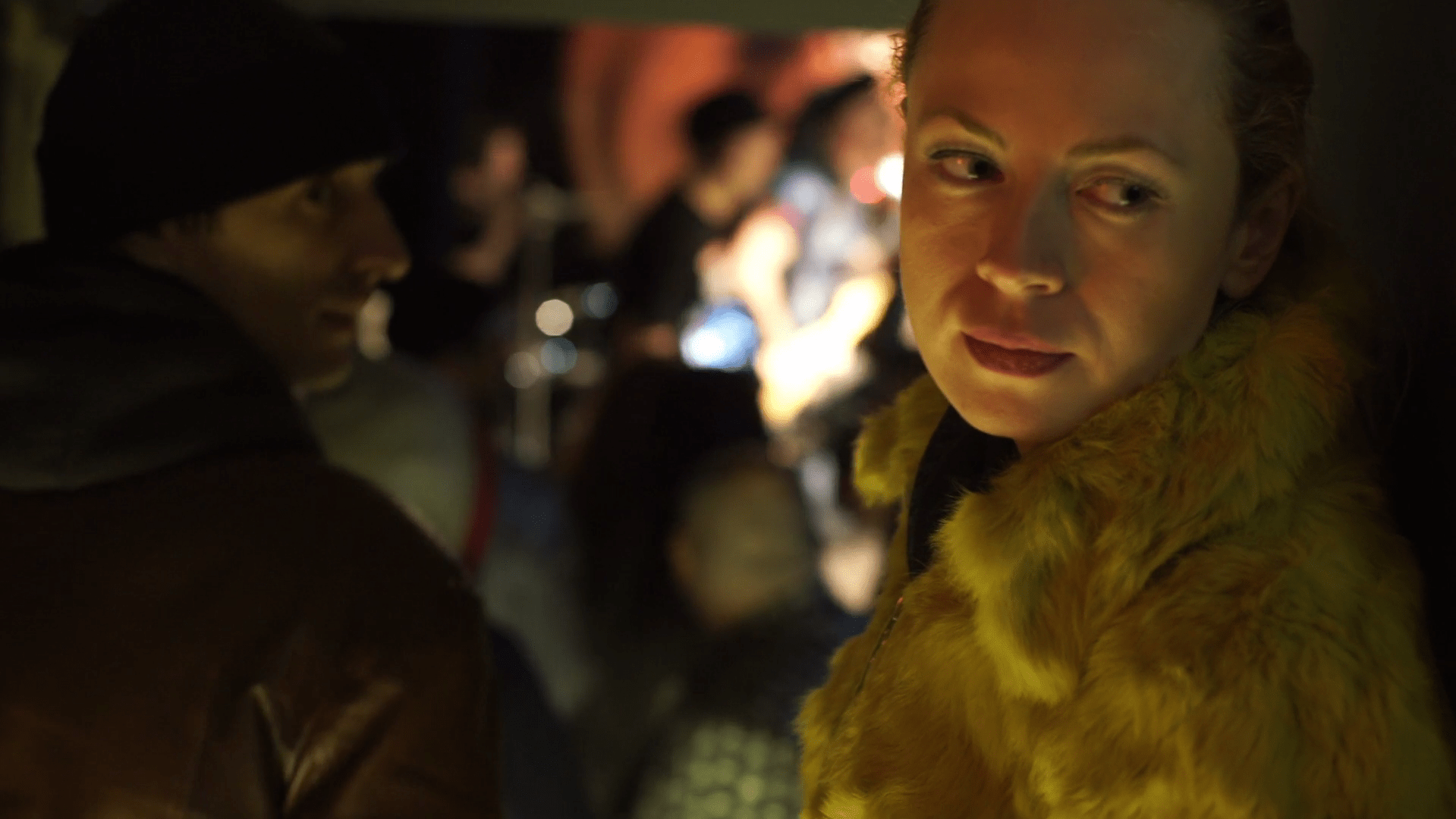 Early in the film, his obsession with listening to news about the Russia/Ukraine conflict on television or the computer is emphasized.  It blares intrusively, and his apartment is bathed in a cold, digital light.  It soon becomes clear that his consumption of media is a near-constant ritual.  While the news is on in the background, Nosov browses a brothel’s website looking for a prostitute.  While he later explains to Katia that it is “necessary to remain informed,” in reality his obsessive media consumption is an effort to connect to society at large, to claim a space for himself within the social landscape that makes him matter.  His interaction with the brothel website is a prelude to his misguided imposition of his need for intimacy and domestic life onto Katia later in the film.  This moment emphasizes his desperate need for human connection and belonging.

Although there are the competing currents of ubiquitous media, the Russia/Ukraine conflict, and urban isolation in the film, the fundamental conflict at work here is the quagmire of gendered power dynamics.  There are only two female characters in the film of any significance: Katia and the brothel madam.  Both are nominally subordinate to Nosov as their industry is essentially customer service and it is their job to produce a satisfied client.  The transactional nature of the relationships between the women and Nosov precludes the possibility of any genuine intimate connection on equal footing.  He imposes his need for intimacy onto the interaction and it is ultimately not reciprocated.  This is evidenced by several of his exchanges with Katia throughout the film, such as when he objects to her referring to him as a “client,” which is greeted with the point that that is the simple fact of what he is; when he asks, at various points, if Katia likes him or “this,” she replies with variations on “I just want this to be good for you,” and so on.  This lack of intimacy in supposedly intimate places or interactions is further driven home by the lurid, heavily saturated lighting in all these nominally intimate moments—the cold blues and reds of the brothel, the revealing yellow framed by the dark blues of Nosov’s apartment, the violet light of his computer screen as the news blares.  The color combinations help to make these moments uncomfortable, alienating, and threatening. 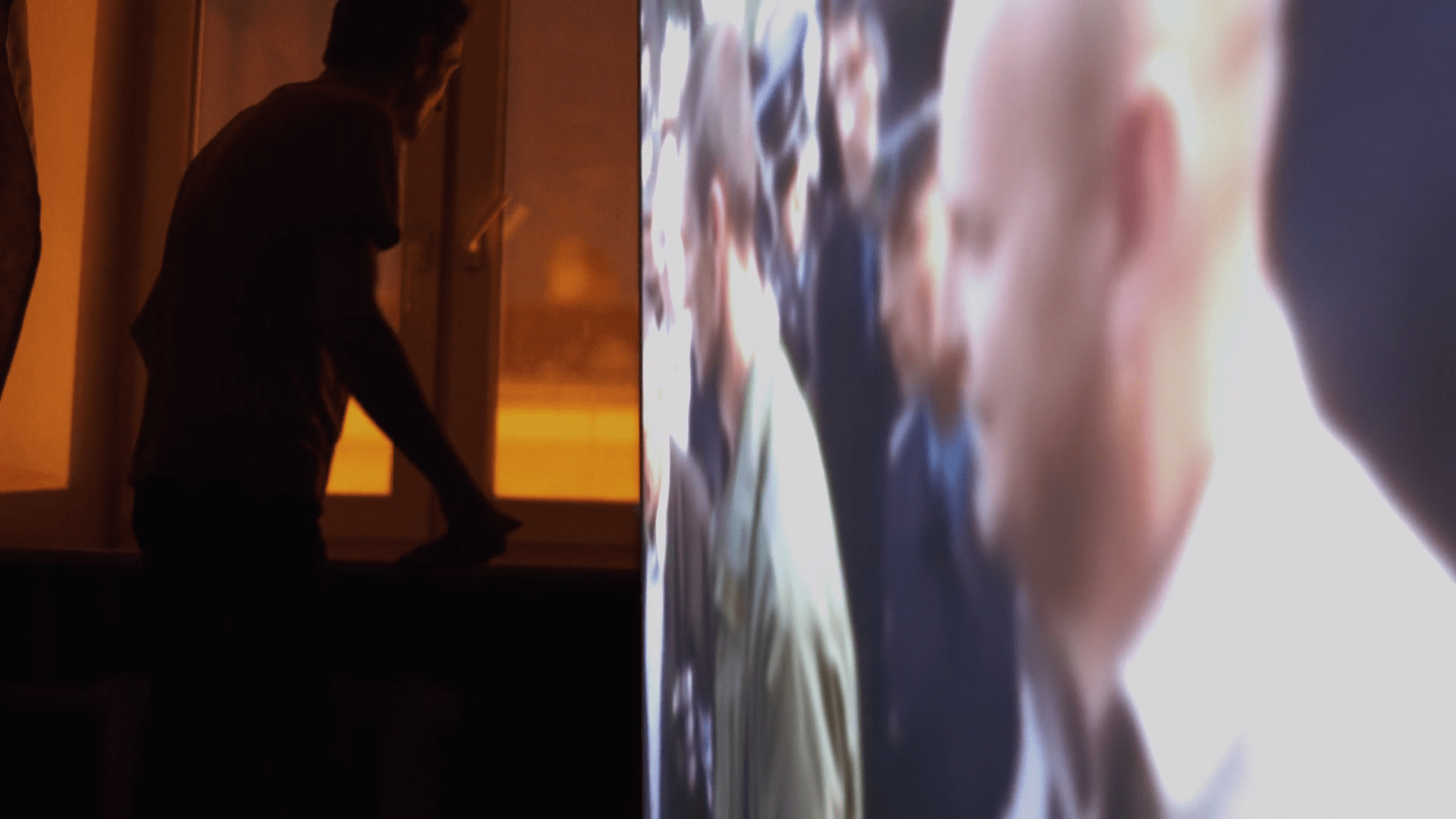 The figure of the wife, though one never appears onscreen, is referred to throughout the film by Nosov’s male acquaintances who mention that he ought to find a woman of his own.  A wife is a civilizing influence, a figure that gives structure to their lives.  Significantly, even the brothel’s enforcer tells Nosov to find a wife toward the end of the film, saying essentially that it will help to keep him out of trouble.  In this way the function of the wife is explicitly confirmed: she is a tool that a man can apply to his life in order to civilize himself, to make himself fully human.

This sheds some light on Nosov’s rental of Katia, his attempt to forge domestic bliss, a doomed effort that climaxes when he rapes her to the intrusive, unemotional voice of news reports on the Russia/Ukraine conflict.  This scene also employs that highly overused, exceedingly questionable cinematic trope of rape-turned-love-making that is such a tired fantasy about the possibility of coercion and violence transforming into affection, trivializing the trauma caused by such a heinous act and using it as a way of teaching the male protagonist some valuable lesson about… Love?  Or salvation?  Or something?

Eventually, Nosov does appear to succeed in transforming his relationship with Katia from the transactional one of prostitute and john to something more genuine, somewhat ironically by giving her money for her mother’s operation.  When it is finally revealed that Katia in fact needed the money to pay for her husband’s medical bills, and that he is a Ukrainian fighter, the situation becomes more complicated.  Nosov turns off his TV, goes outside, returns to his routine at the machine shop.  Some might say he is a new man, that the humanity of the other side has been revealed to him.  However, this turn away from his ubiquitous media consumption is prompted by the revelation that Katia, for whom he has pined, is married to someone else.  She becomes foreign territory, claimed by another man and thereby inaccessible to Nosov.  When he thought that the operation was for her mother, there was some possibility of return on investment, or, at least, some secret niche for her in his fantasy life.  A sick mother is not a challenge to his delusion of ownership.  However, the existence of a husband, a rival owner, renders all his fantasies impossible.  In this way, the film’s end reinforces the notion of women as things to be possessed, objects with certain comforting characteristics that can be acquired by a man to improve his quality of life.  In such a world, the brothel enforcer is right to suggest that Nosov should acquire a wife if he wants to stop having so much trouble with prostitutes.  He just picked the wrong girl this time around.

There is a kernel of an interesting story in All Will Soon End, but the plight of the urban, working-class man in contemporary society can only be told well if the women around him are allowed to be human, too. 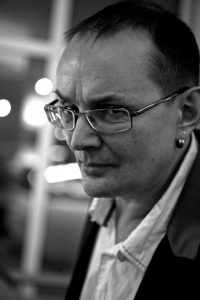 Alexei Rybin was a member of the first iteration of the rock band Kino during the time of the Soviet Union.  Since leaving the group, he has continued to make music in a number of different groups and has released several albums.  He has also made a name for himself as the writer of fiction and as a television producer. He has remarked in interviews that he has always had an interest in feature film, and All Will Soon Endmarks his first foray into that world as both director and screenwriter.
Filmography
2016    All Will Soon End(2016)