Speaking about his award-winning debut feature film Closenessin an interview with established Russian film critic Anton Dolin, young film director Kantemir Balagov modestly observed that much of his film’s festival success is due to the simple fact that the action unfolds in the volatile and “exotic” Northern Caucasus, which largely disappeared from cinematic screens in recent years.  In the interview, the filmmaker, who is only 26, regretted that the region where he was born and raised remains largely “unreflected upon” in current Russian and European cinematography. In a sense, according to Balagov, Closenesshelps to fill this representational void, giving viewers an opportunity to satisfy their curiosity about the uneasy charm and perceived exoticism of his homeland, on the one hand, and to reflect on a number of complex questions, on the other.

Being a native of Russia’s republic of Kabardino-Balkaria, which in the recent past has been subject to frequent militant violence and unrest, in Closeness,Balagov offers a highly personal, almost biographical, insight into its people and everyday existence in the region.  From the very beginning, the filmmaker wants to engage in a direct dialogue with his viewers, introducing a series of brief titles where he provides his name and announces that the events of the story unfold in Nalchik, where he himself was born.  Viewers are then informed that the film is based on a real story, which happened in 1998.  In several interviews that Balagov gave after Closenesswas released, he stated that he came to know the story through his father, who knew the actual participants of the events in real life.  Balagov gently pulls viewers into the orbit of his familial narrative, which inevitably makes his homeland closer and more familiar. 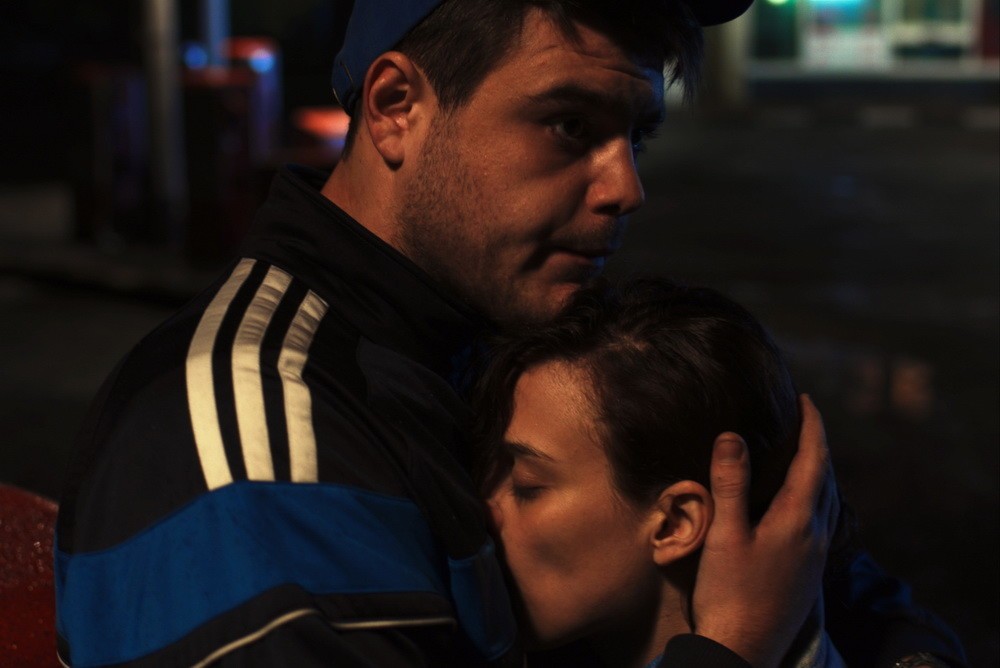 The confessional tone of the film is accompanied by a demonstration of local geography and culture, which can strike a post-Soviet viewer as incredibly familiar, yet exotic. On the one hand, there are the dilapidated remains of Soviet modernity, in the form of typical blocks of flats or a characteristic monument, looking exactly the same in different corners of the former USSR.  On the other hand, what makes the representation of Nalchik different is the display of its traditional cultures and ethnic diversity.  Along with the traces of Soviet imperial presence, viewers have an opportunity to listen to Kabardian music, with which the filmmaker generously infuses his film, as well as to familiarize themselves with the intricate interrelationships of the ethnic communities that coexist in predominantly Muslim Kabardino-Balkaria.

The dramatic storyline of the film centers on two principle narratives, one of them being the real story of the kidnapping of a young Jewish couple on the day of their engagement, the subsequent demand for ransom, and the events that followed. The film shows the distressed parents, who frantically try to collect enough money to pay the kidnappers, including attempts to marry off their daughter Ila into another Jewish family that is ready to help with the ransom.  The situation exposes the painful reality that the family has to confront, including the dissipation of traditional values and allegiances.  First, Ila, the protagonist in the film, is far from being enthusiastic about obeying her parents’ order and is very vocal about it.  Her whole persona resists traditional framing—the 24-year-old refuses to wear feminine clothes, enjoys her masculine job in a car service, and prefers to choose her men herself.  Along with this failure, her parents have to deal with the lack of support from their respective group—while some members of the Jewish community directly refuse to help them, others use this situation to their advantage, buying the family’s business for pennies.  Thus, the parents’ utopian vision of traditional unity is essentially shattered by reality because they have to deal with their disaster with minimal help from both their family members and their traditional community.  This narrative line could be perceived as a larger commentary on the state of the new, post-Soviet and, in this regard, postmodern world, where everyone is left to deal with their lives on their own. 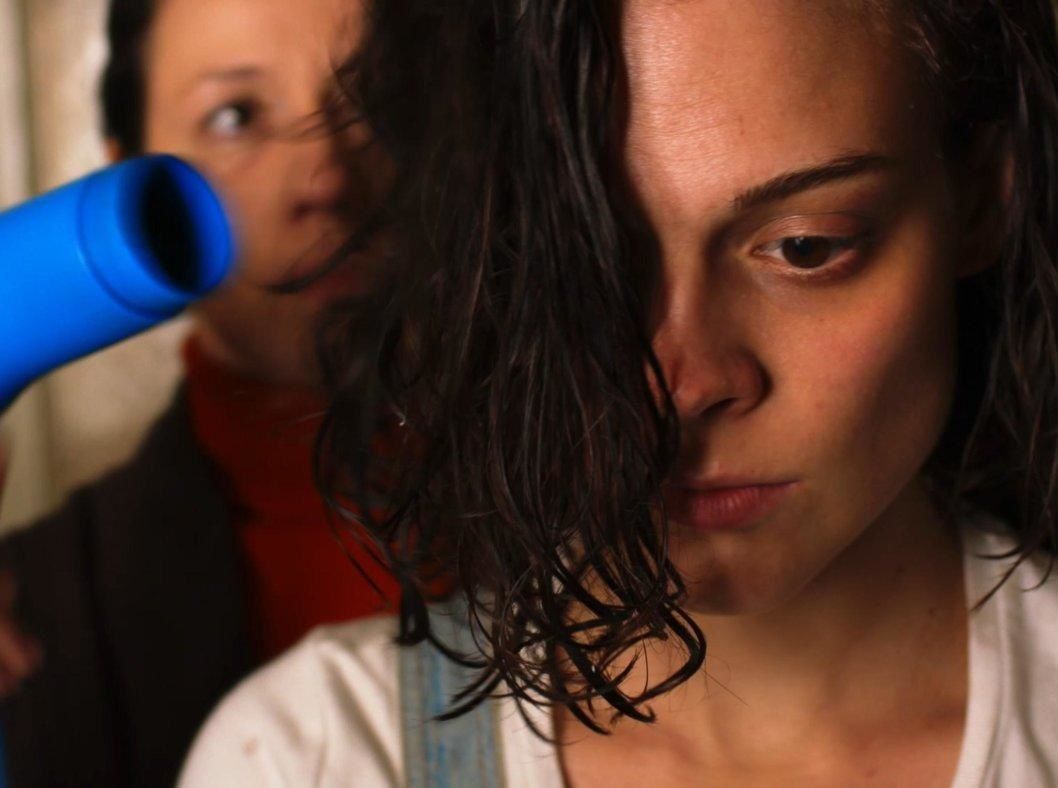 The second storyline includes what some critics associate with the trope of Romeo and Juliet—an impossible love story of Ila and her Kabardian boyfriend Zalim, which develops clandestinely.  Ila’s parents predictably disapprove of her boyfriend because he is not Jewish, while Zalim hides Ila from his Muslim friends.  As the film unfolds, we understand that he does it for a good reason: in one episode, one of Zalim’s buddies mentions that the Holocaust should be repeated. The atmosphere of mutual intolerance and distrust proliferating in the community, which Balagov describes, creates what he calls “closeness,” meaning an intolerable absence of healthy respect and distance, which is constantly emphasized by the use of extreme close-ups when the camera nearly touches faces, and a dark, cluttered mise-en-scène, fromwhich you want to escape.  Closeness in the film is also emphasized through the use of violence, which becomes an indirect metaphor for the atmosphere of mutual distrust and suppression that exists both in Ila’s family and in the local community more generally.  In one episode, Zalim’s friends are shown watching a graphic snuff video—real documentary footage of imprisoned Russian soldiers being brutalized and murdered in the first Chechen war.  In the film, Balagov stresses the inability to overcome “closeness,” which could also be characterized as intolerant narrow-mindedness, and the inability to really hear the other, be it an ethnic Other or your own child.  Towards the end of the film, Ila surrenders to her mother’s pressure and literally loses her voice.  Stressing the need for open communication and respectful dialogue in his various interviews, in Closeness Balagov opens the avenue for a discussion of xenophobia both in the local context of his native republic and, inevitably, more globally. 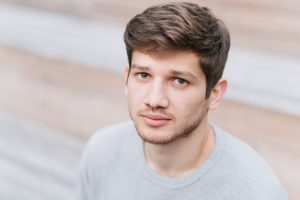 Kantemir Balagov was born in 1991 in Nalchik, the capital of the Russian republic of Kabardino-Balkaria.  While studying in Aleksandr Sokurov’s filmmaking course in Kabardino-Balkar University, Balagov directed several films including a short, The First Me.and a documentary, Andriukha.  His debut feature-length project Closenesswon him the prize of international film critics FIPRESCI at Cannes and the Grand Prix at the Andrei Tarkovskii International Film Festival “Mirror.”