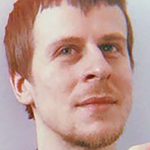 Denis Saltykov is a PhD candidate in Film and Media with concentration in Slavic at the University of Pittsburgh. His current research interests are sociological theories of cinema, film genre studies, and politics of contemporary popular culture. His publications have appeared in Studies in the Fantastic, KinoKultura, New Literary Observer, Sociology of Power, Iskusstvo Kino, and Russian popular websites such as Kino-Teatr and Knife.Media. His research focuses on the ways in which recent Russian cinema is adopting Western models of horror and action films. Denis also researches neoliberal influence on culture as exemplified in contemporary cult film and media.