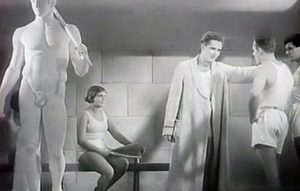 Precious few had seen the film A Severe Young Man when the administration of the Ukrainfil'm studio announced, in the summer of 1936, that the film had been banned for release and distribution. The ban ought not to have come as a surprise to anyone. The official explanations for the decision to shelve the film were vague in their details, but clear and utterly predictable in regards to their fundamental accusation: the film was a self-indulgent exercise in formalist experimentation that utterly failed to adhere to the aesthetic requirements of Socialist Realism. The strict and uncompromising verdict of the authorities provided yet more unnecessary proof that the guardians of Soviet orthodoxy had absolutely no understanding or appreciation of irony. A more accurate translation of the Russian title would be "strict" or "uncompromising," adjectives that can be applied to almost no element of this film save for its protagonist, whose uncompromising character is portrayed with what can only be regarded (at least today) a healthy dose of irony.

The film was a true collaboration between the scriptwriter, Iurii Olesha, and the director Abram Room for whom the script was specifically written. Both men were extremely talented creative individuals who despite their seemingly earnest attempts could never quite find a comfortable fit between their works and the ideological demands of the times. Indeed, Room made A Severe Young Man in Ukraine not by choice, but because he was working in professional exile from Moscow as punishment for various "mistakes" made in his previous films. Room’s best work was often daringly provocative, and even those of his films that received wide distribution were often vilified by the critics. Olesha, for his part, was a successful playwright and prose writer throughout the 1920s, but his best works, while on the surface ideologically correct, contained in their deeper texture disturbingly discordant notes. His literary output decreased after 1928 and, as a writer, he fell largely silent after 1934. The two men shared a common vision for A Severe Young Man and the resulting film contributed to the shame of both in equal measure in 1936.

The film’s content makes no concessions to the usual expectations of Soviet audiences of the 1930s. The cast of characters is extremely unlikely in almost every conventional respect. The action involves the household of the prominent Dr. Stepanov and his young wife, Masha, who share their large and richly adorned mansion with the parasitical Fedor Tsitronov, whose presence in the household is given only the most implausible of explanations. Equally implausible is the acquaintance of the family with the young and proud Grisha Fokin, whose leadership role in the Young Communist League is never clearly defined and who is never seen engaged in any work or professional activity. What we see of Grisha’s public activity has as its locus "the stadium," which features, quite unexpectedly, a classically ornate dressing room and a Greek-style hippodrome. The action and conflict of the film is driven by Grisha’s romantic passion for Masha, which is reciprocated by Masha but opposed, for different reasons, by Stepanov and Tsitronov. While these four main characters move frequently and freely between the luxurious mansion and the stadium, all peripheral characters remain denizens of one or the other world. 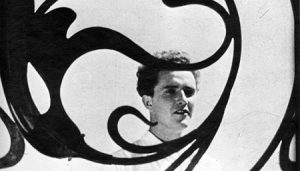 The figure of Grisha is emblematic for the complicated and confused significations throughout the film. At his first appearance, Grisha is set off in contrast to the repulsive Tsitronov, but his function as a positive hero soon begins to show signs of malfunction. His strict, uncompromising character finds expression in his formulation of the Third Moral/Spiritual Codex of the GTO, an endeavor both utopian and absurd inasmuch as the abbreviation GTO references the State Program of Physical Education, which involves the development of athletic prowess exclusively. We learn nothing of Grisha’s class background; he is usually dressed impeccably in distinctly unproletarian white attire. In the course of the film, he is revealed to be mechanically inept—it is Masha who reaches under the hood of the car to fix a mechanical problem while Grisha recites to her his latest dream—and notably concerned with the care and outward appearance of his own body. His very gender identity is threatened with a loss of integrity as his repeated interaction with mirrors frames him as an object to be seen rather than as the subject of the gaze. His final humiliation by Dr. Stepanov, in which he appears first as a petulant child and then as a prisoner in the closet, ought to put an end to the proud arrogance that marked his first appearance. His feelings for Masha, however, continue to be reciprocated.

Grisha’s body is not the only one that, at times, seems to merge with and join inanimate objects of the set decoration. The young athletic bodies of the YCL members contribute not only to the oft-noted homoerotic atmosphere of the film but also to the strong tendency to Greek and Roman classical architecture and decoration. Later critics will note the uncomfortable but unmistakable affinities between the aesthetic topography of the stadium scenes with that of Room’s German contemporary, Leni Riefenstahl, particularly after the appearance of her two Olympia films, based upon the 1936 Olympic Games in Berlin. But the artistic achievement of the film goes far beyond any purported totalitarian aesthetic. A full analysis of A Severe Young Man would note the multitude of shots in which the camera eye looks through a texture of fabric, light, or ornamental wrought-iron fencing; the cinematographer’s work with light and shadow, soft-focus, and the juxtaposition of dynamism with still-life; and the tight integration of music, image, and action into an elaborate showcase of cinematic audacity. This film not only fails to be "comprehensible to the millions," but in fact defiantly refuses to concern itself with comprehensibility at all. Perhaps the small rant of the crazed pianist in the film’s final sequence is meant as a covert manifesto: true artistic creativity is "disturbed" the moment so much as one person tries to perceive it. 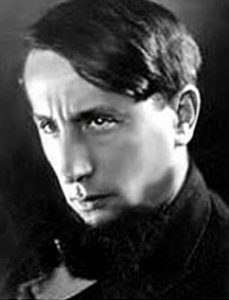 Abram Room (1894–1976) was born in Vilnius and studied medicine in Petrograd and Saratov, while also becoming active in amateur theater. In 1923 he moved to Moscow and shifted his activity from theater to filmmaking. In his early films he charted an individual course between the avant-garde and conventional narrative cinema. His best work is characterized by psychological complexity and profound insight into the problems of social change. His later films were more wide-ranging in theme and more conventional in form. Room was a prolific filmmaker with some twenty-five feature films to his credit.