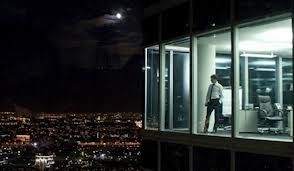 Dukhless tells the story of a self-made orphan, Max, born in the middle of the 1980s and now a politically active second-year student at Moscow State University.  His is a love story, set against the background of posh and glamorous Moscow business buildings and luxury night clubs. The film starts with an episode in which a garbage truck with Max inside leaves Moscow.  The geographical borders of Moscow are the only limits clearly established in the film.  Other socially circumscribed limits are seriously compromised: the limits of authorial control through copyright; the limits provided by self-censorship; and the limits of identity in the new Russia.

The director of Dukhless, Roman Prygunov, begins by eliminating the boundaries between copyright and authorship.  The opening fifteen minutes reproduce French director Jan Kounen’s film 99 francs (2007).  The trailer for Dukhless also appears to be a sort of cinematographic “copy-paste” of the French film.  In this way, Prygunov reproduces the dynamic of the novel, in which author Sergei Minaev himself recapitulates Frédéric Beigbeder’s novel 99 francs, on which Jan Kounen’s film was based.  Max quotes the French original through his style, his way of thinking, and his successful career in business.  His introductory monologue is almost a word-for-word translation from the French.  Such plagiarism by creative translation is not a new strategy in Russian culture, where “copyright” is understood in a culturally specific way best illustrated by Aleksandr Volkov’s The Wizard of the Emerald City (taken from L. Frank Baum’s The Wonderful Wizard of Oz) and Aleksei Tolstoi’s Adventures of Buratino (borrowed from Carlo Collodi’s The Adventures of Pinocchio).

Having tested the boundaries of copyright, Prygunov also challenges the limits that operate through self-censorship in Russian cinema.  He presents a mixture of lawful and unlawful actions as beautiful, appealing, and righteous, in a way that has not appeared on the Russian screen before.  Prygunov shows Russian glamour in great detail: narcotics, very risky sex, speedy and unsafe driving, posh cars, cocaine consumption, smoking hashish, and ordering unlimited amounts of very pricy food at innumerable posh restaurants.  Such glamour is presented as part of a desirable lifestyle.  Actually, the film imperceptibly drifts into the idiom of advertisements, which, for its part, also ties Prygunov’s film to the French original, which is about the impact of advertising on contemporary life.  The Russian film shows every aspect of this advertised life on the screen as a model to follow and worth obtaining in life.

Why do the producers and the director of the film remove all these limits? One possible answer to this question can be located in the search for a new Russian identity.  Max is born right before the time when the borders of the Soviet Union were erased from world maps.  He is an orphan raised in a Russian orphanage.  As a result, he does not understand self-control and limits, and why people need them.  Max knows no limits in consumption.  He has very high expectations out of life, as indicated by his super-charged desires and needs.  He owns everything a person of his generation could ever imagine.  The viewer can see that Max has completely fulfilled his dream of living in a consumerist paradise.  The consumer game has been won.

What is the next step?  Max tries to find himself, but cannot.  It is very easy to lose one’s personality in the rest of the world if no idea of personal boundaries exists.  He has everything, but everything he has is stolen or borrowed or repossessed from other cultures or people.  Max knows exactly what he is not, but for him it is very painful to find what he is, his identity.
Prygunov’s discussion of contemporary Russian identity in the language of French film and traditions of Russian culture alludes, first of all, to the tradition of Pushkin.  As the producers have announced, the main hero is the new Eugene Onegin.  Hence, the visual narrative borrowed from the French film is full of citations from Eugene Onegin: two juxtaposed girls are prefigured by Ol'ga and Tat'iana; the main hero’s friend, modeled on Lenskii, shoots himself; Max leaves contemporary high society because he dislikes it.  In a fortunate departure from the Pushkinian model, the love story of the new Onegin and the new Tat'iana has a happy end.

In Dukhless, Pushkinian motifs, the appropriated message from the original French film about the nature of advertising, and Prygunov’s distinctively clip-driven style provide a new grammar, through which the new Russian identity can be found: the hero looking for his own life and his limits. 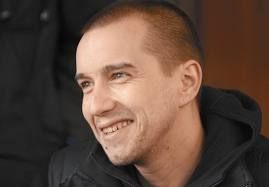 Roman Prygunov was born in Moscow.  He studied at the Russian State Institute of Cinematography (VGIK) for three years but dropped out and started making commercials and music videos.  In 1996, he became a co-founder of the advertising agency Propaganda with Filipp Iankovskii. He made his debut as a film director with Solitude of Blood (2002).  In 2007, Prygunov made a music video for the rock star Zemfira (2008).