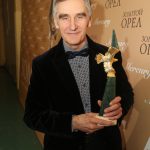 Stanislav Sokolov was born in 1947 in Moscow. He graduated from the prominent Soviet film school VGIK in 1971, where he attended the masterclasses of Ivan Ivanov-Vano, one of the founders of Soviet animation. Since 1977, Sokolov has worked as a stop motion animation director, including at the largest animation studio in the USSR, Soyuzmultfilm. He is currently teaching at VGIK, where he also chairs the Department of Computer Graphics and Animation. Apart from his animation projects, Sokolov also illustrates books for children. He has received a number of awards for his work with animation, including the 1996 Emmy award for Best Animated Feature for his The Winter’s Tale.

Zhanna Budenkova — Visually stunning, Stanislav Sokolov’s full-feature animation film Hoffmaniada, poses as an impressive and artistically complete piece of stop-motion art. This effect is not accidental—it took Sokolov and his team fifteen years to complete the project. To a large measure, the production was delayed due to the sorry state of Russian animation in the early 2000s, when Sokolov first seriously conceived of the film based on Romantic fairytales by Ernst Theodor Amadeus Hoffmann (1776-1822). Back then, the filmmaker shared his idea with Mikhail Shemiakin, the well-known artist and sculptor who would come to design the film’s elaborate puppets. Both Sokolov and Shemiakin shared their love for Hoffmann, which became the starting point of their mutual undertaking.

Spanning almost two decades, the production of Hoffmaniada changed several cinematic media, moving from traditional stop-motion techniques shot on film to digital cinematography and CGI. Among the film’s innovations, according to Sokolov, is the use of a mobile camera on the film’s tiny sets, producing recognizable cinematic effects—pans, tracking shots and such—in the doll interiors. While the claim to innovation is debatable due to the use of elaborate camerawork in the 1990s’ animation by Tim Burton, for example, the film, indeed, blends various technologies very successfully, and produces effects that convincingly relay the eerie atmosphere of Hoffmann’s tales.

Known for his gothic literary corpus in his fairytales, Ernst Hoffmann crafted a characteristically Romantic portrait of a poetically inclined artist, capable of detaching himself from mundane everyday existence, soaring up on the wings of his fantasy. This imaginary of the male artist-poet is of paramount importance to Sokolov, who structured his animation film precisely around this idea. In Hoffmaniada, the filmmaker blends into his protagonist the traits of the real historic writer Hoffmann with those of the poet figure the latter crafted in his tales. As a result, Sokolov’s Hoffmann poses as a composite figure, a shape-shifting entity, turning into his own idealized creations, which transport him into the realm of artistic pursuit (bytie) as opposed to the miseries of his everyday existence (byt).

The theme of transformation is very well suited to the medium of stop-motion animation, which specializes in shape-shifting. The film’s production engaged around 150 puppets and a vast number of their removable “body parts” (for example, for each puppet, artists crafted several mountable jaws to help facilitate the convincing effect of speech). The transformation of Hoffmann into his own literary characters was likewise facilitated by means of stop-motion and cinematic techniques—in several scenes the puppet of the writer turns into student Anselm from Hoffmann’s tale “The Golden Pot” (1814); in another scene the writer intermittently turns into various monsters, which was easily achieved by changing the puppet’s head. Undergoing the transformations, the poet Hoffmann asserts himself in his transcendental artistic quality—”I can turn into whoever I want, I am an artist,” which is presented as an empowering message in the film.

It is a known fact that the writer Hoffmann spent most of his life toiling as a modest clerk for various government institutions. In his spare time, he wrote gothic horror stories and composed musical pieces. The narrative of the modest government clerk, misunderstood by his peers and abused by superiors, echoes the humanistic preoccupation of classical Russian literature focused on the “little man.” The notion of the little man is felt as an obvious intertext in Hoffmaniada. However, unlike in literature, in the film, the protagonist’s miseries are compensated for by the notion of the “genius” artist, who, by virtue of his talents, is situated above the “crowd” (the true nature of the crowd is emphasized in the film by the introduction of grotesque puppets with distinct animalistic traits representing Hoffmann’s colleagues). In this regard, the film recycles the old male-centric Romantic paradigm of “genius”, which arguably contributed to the formation of totalitarian mindsets in the 20th century, elevating one “outstanding” individual above the crowd of followers. While the notion of the “genius” is muffled in Hoffmaniada, focusing on the charming oddball writer, it is definitely present as another intertext.

Another aspect that is worth mentioning here in relation to the film’s ideology is the problematic of the social responsibility of the artist in terms of recycling or refusing to recycle, socially damaging ideas. One of Hoffmaniada’s source stories, “Little Zaches, Called Cinnabar” (1819) is considered by contemporary scholars as a troublesome example of Romantic writing, equating physical disability with negative traits of character. The story’s protagonist, Little Zaches, who is repeatedly referred to by Hoffmann as “little monster” is seen today as a bearer of a physical disability, which, in the story, is equated with his moral flaws. After being serially abused by his own mother and other “positive” characters, Zaches finally dies to the approving cheers of the crowd—the outcome presented in a positive light by Hoffmann. In his film, Stanislav Sokolov deals with the fairytale uncritically, including the story as a part of the film’s plotline and repeating its troublesome message. Given the conditions of modern-day Russia, where disability still remains largely invisible due to the lack of much-needed infrastructure and social debate, the inclusion of this fairytale in Hoffmaniada comes as a symptomatic, but, nonetheless, a highly troubling fact.