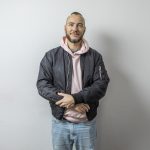 Ivan Kozlenko is former director of the Kyiv-based Oleksandr Dovzhenko National Center, Ukraine's largest film archive, containing some 6,000 Ukrainian, Soviet, European and American films.  During his 10 years long service, Ivan Kozlenko implemented a fundamental institutional reform based on the new strategy, which resulted in revitalization of the former film-copying factory, and its transformation into one of Ukraine’s most popular and flourishing culture hubs with more than 60 000 attendees (2019) of its film, theater, museum and educational programs. He launched the Film Museum in 2019 with 3-4 film exhibitions annually. As Curator of the Centre’s collection in 2011-2014 he launched and headed Ukraine’s national film restoration program. More than 70 Ukrainian films (some of them believed to be lost before) were restored within the frameworks of the program. He had been programming the restored films re-premieres at Ukraine’s and international film festivals such as Odesa IFF, Molodist Kyiv IFF, Karlovy Vary IFF, Pordenone Silent Film Festival and within the retrospectives in the world’s most famous Cinematheques. He launched the Centre’s publishing program, which included DVD-collections of the restored Ukrainian film classics, film studies books and the monographs. As an author and editor, he published the books: Ukrainian Re-vision film collection: The book on Ukrainian Avant-garde Films of 1920s (2012), Ukrainian Film Posters of 1920s. VUFKU (1925), VUFKU. Lost& Found (2019); Mikhail Kaufman’s Ukrainian Dilogy (2018); Ivan Kavaleridze (2017); Flights in dreams and reality (2021). He founded, programmed and produced the Mute Nights Festival (2010-2020), Eastern Europe’s biggest silent film festival, focused on promotion of Ukrainian film heritage as well as world’s best silent film masterpieces. His novel Tangier was shortlisted for national most prestigious BBC Book of The Year Award in 2017.