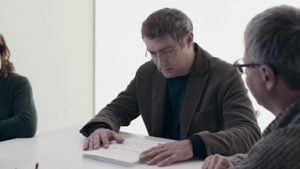 It may be true, as the editor of a publishing house explains in the opening frame of Mikhail Segal’s Short Stories, that people want something “big, integrated, about contemporary issues—a novel,” and therefore the editorial board has decided not to publish a new author’s collection of short stories.  But what contemporary readers, the consuming public want—someone to do the work of rooting up the big ideas, socio-economic polyphony, and psychological nuances of their own age—is not necessarily what they have earned.  Rather, what is underscored in this film is the continuing compatibility of modern Russia with the portrait of the absurd, with the single-concept short, with the limited horizons of the naturalistic sketch. This Russia, in other words, has not outgrown Chekhov or Gogol', as evidenced by the recycled thematics of the four narratives of the film.
“Fix-It-All,” the first episode, takes up the desire of a bourgeois provincial woman and her compliant American fiancé to plan an exceptional wedding down to the minute.  The tamada they hire to help proves to be superbly attentive to details like Europhilia and a certain lack of graciousness on the bride’s part, and capable of extrapolating from such details the larger picture of how their wedding will unfold, as well as their future together, down to who their future extramarital lovers could be.

The second episode, “Roundabout,” takes up an issue as old in Russian literature as the Russian bureaucracy: the problems of corruption.  The narrative follows bribe money as it ascends, aggregates, and transforms, from the pettiest levels of document acquisition to the highest government offices engaged in virtuosic redistribution of resources and votes.  Though the episode reprises a well-worn theme, it adds fresh flourishes to its depiction of the cycle of bribery; for example, as corruption becomes more and more consequential, the mise-en-scène ironically grows progressively more transparent and open. 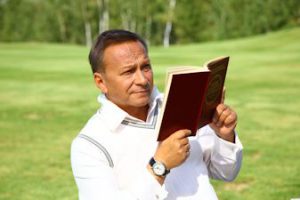 The final two episodes seem to draw more upon the incisive short prose of late socialism, such as that of Liudmila Petrushevskaia or Viktor Erofeev, particularly that which targeted the Soviet Union as a country of readers, and especially the self-satisfaction of Proust-reading academics.  In “Energy Crisis,” a provincial police force depends on the town’s librarian to help solve their crimes.  Drawing on the power of the classical literature that predominates at her library, Anna Petrovna sees with a second sight and reports her findings in speeches stylized on Pushkin (ironically, the police chief has to “translate” her Russian into Russian for the sake of his force).  Here, in addition to playing with the narcissistic Soviet myth of readership, there is a sense of poignancy; that practice of reading also helps those with no real chance at socio-economic advancement the opportunity to escape into a more interesting world filled with more potentiality.

The final episode, “The Flame Will Blaze Up,” depicts a Spring-Autumn relationship that underscores the differences between those who grew up Soviet and those who grew up Russian.  Much merriment can be made of the sweet young sexpot’s ignorance (her guesses that Dzerzhinskii was a writer, that sharks are mammals, and that Lenin died around 1940 betray a rather under-developed intellect).  Her companion is more erudite and aware of his place in history, but there is a certain unpleasant self-satisfaction in his attitude.  Perhaps the point at which it is most evident lies in his abandoning of the future generation of literature: he is the editor that initially rejected the short stories.  As if in response to this neglect, however, the author, played by Vladislav Leshkevich of Kasta, breaks into a rap-reprisal of the “Internationale,” asserting independence from this entire enterprise.

Segal’s difficult truth is that there is no big idea worth a novel hiding in this self-satisfied, consumerist Russia.  However, he sweetens this bitter pill with visual pleasure.  The viewer can lose himself in beautiful people, beautiful landscapes, beautiful interiors and clothes and food.  Segal keeps the grotesqueries of his subject matter more or less in the realm of the verbal, though something pungent occasionally percolates through the virtual celluloid into sight, as when metaphorically “dirty” money becomes literally so after an encounter with a men’s toilet bowl.

As much as one can make this a film about Literature, with its pedigrees and baggage, Short Stories is about more than the author and text.  It is also occupied with the reader or, more precisely, reading.  One is always aware of the consciousness of the reader, not least because each inserts his- or herself into the shells of the characters.  The entrée into the first novella blurs the nested diegeses especially, with the thrice repeated opening about a children’s cafe—once as a voice-over over a landscape, once as the words that clearly open the story on the printed page, once as words (though not the first) uttered by the tamada to the prospective newly-weds—and the uncertain position of the opening vignette about grinding coffee with regard to that opening phrase.  In an uncanny result of this blurring of consciousnesses, well-established geographic and social schemata collapse.  For example, the traditional Moscow-heartland dichotomy becomes quite confused as most of these denizens of Moscow immerse themselves in provincial settings.

The visual structure of the film, too, conveys an effort to represent the cognitive processes of reading, which can have an uncanny effect when projected onto the screen. Discontinuous editing can resemble a reader’s distraction (say, from the torrential quotation of Russian historians twisted by the mouth of the President in “Roundabout”).  DP Eduard Moshkovich’s cinematography also reflects on the traditionally recognized differences between cinematic and literary story-telling—in other words, the immediacy and richness of the cinematic image juxtaposed to the descriptive pause of literary narrative.  The camera highlights rather than elides such formal differences within frames that manipulate attention with lens zooms, shifts in focus, and especially with lighting.  When combined with other parts of the film’s narrative apparatus—one can point especially to the interventions of Andrzej Petras’s highly melodic score, which frequently heightens anticipation of an event, and to the overarching choreography of motion—the cinematography produces a high degree of mediation between the spectator-reader and the narrative. 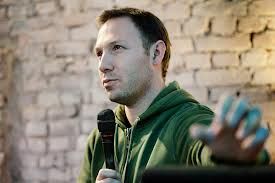 Mikhail Segal was first trained as a theatrical director at the Orel Institute of Culture and staged plays in Orel and Briansk in 1994.  He entered the directing school at VGIK in 1995, but left before finishing his studies to start filming music videos for rock and pop groups, including Bi-2, Spleen, and Night Snipers.  In 2002, Segal also began filming commercials. His first feature film, Franz+Polina, premiered at the Moscow International Film Festival in 2006.