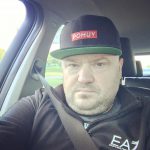 Vladimir Zinkevich was born in 1975 in Sviatlahorsk, Belarus. After three years of work in a video rental shop, he moved to Minsk in 2002. There Zinkevich worked in the First Music Channel as director of ads and music videos and as head of production. In 2005, he moved to Kyiv and worked in the company Mainstream. In 2014, Zinkevich returned to Belarus and launched the production company Avantdrive.

Volha Isakava | Central Washington University — Spice Boyz [Spais Boyz] is a 2020 slasher horror film from Belarus, directed and written by Vladimir Zinkevich, previously known for the 2018 crime series Swing [Kacheli]. The film claims to be based on a true story: the well-publicized 2014 crime that took place in Homel, Belarus. Under the influence of the drug “spice” a young man was blinded by his companions. The victim of that horrific crime appears on screen, as the film draws to a close, providing a few heartbreaking interview lines about his life after the incident.

Following the blueprint of that crime story, the film falls quickly into a slasher formula. Early on we are introduced to an ensemble of teenage characters who exemplify various slasher archetypes. There is the sexy blonde bride-to-be Inna (Anna Andrusenko), whose knuckleheaded fiancé, Chistyi (Aleksandr Golovin), has just returned from the army.  Chistyi’s best friend, a sensitive nerd character with a disability, is nicknamed Lambada (Aleksandr Tarasov). Inna’s best friend, Vasilisa (Rita Abros’kina) arrives from Moscow to attend the wedding. Vasilisa, known as Vasia, is our archetypal “final girl” (Carol Clover). Not only does she have a male name, Vasia is presented as serious and brooding; she is dressed in unsexy overalls and gets into a direct feminist confrontation with Inna’s macho fiancé. To complete the doomed teenage entourage there is Chistyi’s playboy friend, Kolbasa (Vladimir Aver’ianov) and his twin girlfriends (Ananda and Aleksandra Dubovskaia). Kolbasa procures “spice” for Chistyi’s bachelor’s party to be held at a rented luxury cottage.

The cottage serves as a typical insulated slasher environment where the victims are taken out one by one by deranged killers. The film also executes typical slasher narrative turns. There are several ominous warnings, ranging from superstitions, to heavy-handed divine retribution—the friends use foil from an icon to smoke the drug. There are innocent bystanders who get caught in the slasher killing spree, such as the stripper (who survives!) and the pizza delivery person (who does not!). And there are “authority figures” who are thwarted as they attempt to help the teenagers.

It is easy to spot slasher elements in Spice Boyz but the film also falls short of many genre expectations that come with the slasher territory. For one, Spice Boyz is practically interminable—it goes on and on with character exposition, without elevating the characters beyond trite archetypes. At 106 minutes total, the killing spree happens only in the last half-hour of the movie. The film doesn’t often take advantage of typical slasher thrills: jump scares; using off-screen space to build tension; copious amounts of gore; or fast-paced action editing are largely absent from the film. Most violence, in fact, happens off screen. The infamous eye gauging scene is portrayed entirely with reaction shots. With the punchline, “you really think this cannot happen to you?” [ты и правда думаешь, что это не может произойти с тобой?] the film unfolds as a tame and protracted Public Service Announcement (PSA) that would fit right in with the 1980s “Just Say No” campaign.

However, a valid counterargument here is to situate the American slasher genre itself in the public rhetoric of youth problems and various associated “moral panics” (Stuart Hall)—from drug epidemics, to satanic cults, to pre-marital sex. The slasher genre came to flourish in the 1980s, and its focus has always been understood as visualizing retribution for young people’s transgressions, be it sex or drugs. It is no coincidence that the trope of the “final girl” emerges as an important counterpoint in the genre. Portrayed as a virginal outsider, often androgynous—the final girl of films like Halloween or Friday the Thirteenth— triumphs over the killer because she does not participate in the transgression or does so reluctantly. However, it is because of the genre’s contradictions and slippages, ones that take away from slasher’s penchant for puritanism and misogyny, that these films earned their cult followings. Carol Clover (1993) describes the final girl through the lens of female empowerment and viewer identification in a genre otherwise predicated on female victimization. The final girl takes an active standpoint and often reverses the hunter and prey dynamics, typically by wielding an impressive arsenal of phallic weapons. In Spice Boyz, Vasia, the formulaic final girl, is helpless and hapless. In fact, all female characters are mostly passive screamers. Vasia is rescued by the mafia boss’s bodyguard (Marina Poddubnaia) and they join forces in what is supposed to be an exercise in female solidarity. The film is not particularly redeemed through its ham-fisted discussions of female orgasm or homophobia, or its unimaginative vision of gender fluidity, which assumes that dressing up a female bodyguard as a typical gangster is a great gender-bending demonstration. Female empowerment or a queer lens, or much of any other subversive elements of classical 1980s slashers are not part of Spice Boyz’s vocabulary.

In short, Spice Boyz hits all the formulaic didacticism of the slasher genre but misses out on most of the fun: the subversive elements, the carnivalesque reversal of gender roles, the over-the-top gore, or recognizable forms of performative violence that make the genre so durable in popular imagination. There are several glimpses of a kind of carnivalesque awareness that I wish were more pronounced, but they are disparate and isolated. The shot of the bride drowned in a barrel of pickles was grotesque and funny enough. Or the side story of the mafia boss who storms the cottage only to emerge without a foot, seemingly unperturbed, demanding to go to the hospital in the trunk because car upholstery is expensive. These moments appear as rare glimpses of self-awareness and playfulness.

Spice Boyz starts with a flashback scene, in which the two officers (in a reference to Pulp Fiction) discuss the differences between hot dog condiments in America and at home. Soon we see the officers answer a dispatch about the cottage party. As they drive away in their car we see a car dashboard figurine of a police officer with a raised baton. Ironically, in this film chockfull of formulaic characters, stories, and places, it is that moment, and not a true crime story, that broke through as a chilling reality for me. In these few introductory minutes as I heard the arrogant macho banter about hot dogs, sensed the flexing of the muscles that always promises violence as the cops answer the call, I saw the figurine on the dashboard, and I reflexively shrank in fear. I could not help it.

The goal of this piece is not to educate the reader on state violence in Belarus, on torture and brutality in Belarusian jails filled with hundreds of political prisoners. I suspect this is not the goal of Spice Boyz either. It is perhaps an inadvertent testament to the time and place that made it. Belarus, the country where the film was made, remains a silent backdrop, an erased space with no name. The film really could be set anywhere in the vast provinces of the former empire, bound by phantom limbs of the past mythos and present post-colonial entanglements. Is it Belarus, Russia, Ukraine? Belarus, where the film was shot, is a non-place in several senses. For one, just as Canada is a shooting ground that stands in for a variety of iconic American locations for a lot less money, Belarus is a post-Soviet non-place for the Russian TV and cinema industry. Most importantly, perhaps, Belarus in the film reflects the same erasure and suppression that Belarusians experience living in a totalitarian state that usurps their voice, their dignity and their belonging to community. The film might not be about that at all, but it stands as a testament to it, even if by omission.