The Pittsburgh Film Symposium, featuring recent Russian films and student short features, will be presented by the University of Pittsburgh, Carnegie Museum of Art, Pittsburgh Filmmakers, and the Beehive at their Oakland locations from Monday through Saturday, May 1–6 2000. Attending this year's symposium will be director Vadim Abdrashitov and actor Sergei Makovetskii, two of Russia's best-known figures in cinema culture. Several of the films never before screened in the US will be premiered and discussed in the context of current post-Soviet cinema. The event will also include a May Day parade and discussions involving Russia's most renowned journalists, scholoars, and filmmakers. Films to be shown at Carnegie Museum of Art include Vadim Abdrashitov's Play for a Passenger on Wednesday May 3 at 7 pm; Aleksei Balabanov's Trofim (short film) and Sergei Ursuliak's Summer People on Thursday, May 4 at 7 pm; Vladimir Khotinenko's Makarov on Friday, may 5 at 7 pm; and Ivan Dykhovichnyi's Moscow Parade on Saturday, May 6 at 7 pm. All films will have English subtitles and will be repeated a second time later in the month.

The entire event will begin with a May Day Parade on Monday afternoon, May 1, featuring banners, floats, skits, and games in the spirit of Russia's late 1920's and early 1930's. The parade, organized to publicize the week's screenings, will be of historical interest of its recreation of workers' and pioneers' brigades, flags, political caricatures, and colorful displays of industrial achievements, imagery and performance art from one of the most fascinating periods of Russian-Soviet culture. The event will reproduce the carnival atmosphere with amateur workers' theatre. while these pageants no longer exist, such "Moscow Parades" have been transformed and repackaged into objects of parody, fetishism, and nostalgia.

The theme of this year's intellectual discussion is Nation, Fetish, Identity. Images signaling national identity in film, billboards, television, and elsewhere position themselves in a global context by way of contradictory allegiances: on the one hand, to national legacy; on the other, to broader market aspirations. A recurrent aspect of this process is the inclusion of an identifiable device—or "fetish"—that communicates nation as part of a larger cultural strategy. An investigation of this interplay is the subject of debate in the scholarly fora that will run at the Beehive (Oakland) from 10 am to 6 pm on Tuesday, May 2 through Saturday, May 6. Films to be screened in conjunction with this part of the Symposium include Aleksei Balabanov's Brother and Kira Muratova's Three Stories on Tuesday, May 2 at 10 am and 2 pm respectively; Valerii Ogorodnikov's Barracks on Wednesday, May 3 at 10 am; Lidiia Bobrova's In That Land on Thursday, May 4 at 10 am; and Otar Ioseliani's Brigands on Friday, May 5 at 10 am.

Two programs of student films will screen at the Pittsburgh Filmmakers (477 Melwood Avenue, North Oakland). The first, on Tuesday, May 2 at 7 pm, is a retrospective of student prize-winning films from Russia's St. Anna Film Festival. The second program, on Friday, May 5 at 3 pm, screens student films from the Master Class Workshops of Russia's two leading directors, Vladimir Khotininko and Aleksandr Mitta. The Russian Film Symposium offers a unique change for the public to view films and engage in cross-cultural dialogue. For anyone with an interest in Russian culture or cinema, this event provides an exciting opportunity to glimpse at the complex state of Russian culture today. All events are open to the public.

Land of the Deaf.

This highly acclaimed criminal/love drama follows the adventures of two women who find themselves thrown together to navigate their way through two disparate, yet intersecting worlds – the hostile world of the Moscow mafia and the silent w orld of the deaf. The adventure begins when Rita, a young woman pawned to the mob by her debt-ridden boyfriend, is rescued and taken in by Yaya, an obstinate deaf woman, masterfully played by Dina Korzun. Aleksandr Aigi's award winning musical score and I uri Shaigardanov's evocative location photography impart a latent, otherworldly atmosphere to the film's fast-paced narrative.

Written and Directed by Valerii Todorovskii.

In Russian with English subtitles. Introduced by Michael Brewer. A sign-translator will be present for the introduction and discussion following the film (for the May 6th screening only). 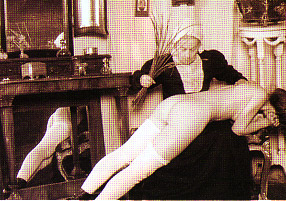 Of Freaks and Men

Written and Directed by Aleksei Balabanov.

In Russian with English subtitles. Introduced by Jane Feuer (for the May 7th screening only).

This complex and controversial film is the latest offering by Kira Muratova, perhaps the most respected and critically acclaimed female filmmaker in Russia, and the last of Russia's 1960s generation of auteurs. Muratova presents us with th ree stories of three women and three murders. Critics have characterized the film as "Crime without Punishment." Muratova refuses to preach or to take sides. The narratives she chooses, and the gaps in the cinematic structure, force the viewer to n avigate the chaos alone.

In Russian with English subtitles. Introduced by Mikhail Iampolskii (for the May 8th screening only)

An epic, postmodern reading of Russian history. The picaresque narrative follows a simpleton drum player in a funerary orchestra who loses his job and sets off on a journey that leads him both physically and allegorically through Russo-Sov iet history. His beat-up old drum "Stradivarius" is his constant companion, following him like a lost puppy, and propelling him from one tragicomical situation into the next. The musical score includes works by Beethoven, Mozart, Mugsorskii, Gavrilin, and Glinka.

Silent with Russian Credits. Introduced by Nancy Condee. A sign-translator will be present for the introduction and discussion following the film (for the May 9th screening only).

All films in the "New Russia/New Cinema" series will be screened in the auditorium at the Carnegie Museum of Art at 4400 Forbes Avenue.

The 1999 Symposium featured screenings of recent films by four young directors, plus a public forum with directors Aleksandr Bashirov and Larisa Sadilova. Follow the links below for information on all four directors and their films.

The participation of the two young directors in the public forum was made possible thanks to a grant from the Trust for Mutual Understanding.

Detailed program notes on all the films and animation will be available.

All screenings will take place at Pittsburgh Filmmakers 477 Melwood Avenue in North Oakland. For more information, call 681-5449 or visit their web site at http://www.pghfilmmakers.org. This is a PITT ARTS event. There are a limited number of free tickets available to Pitt undergraduates. For tickets, contact Jen Saffron at saffron+@pitt.edu.

This series has been made possible thanks to Masha Godovannaya, curator of the New Experiemental Russian Cinema program at the Anthology Film Archive, Pittsburgh Filmmakers, and the University of Pittsburgh. The participation of the three young directors in the open forum on the new Russian cinema has been made possible thanks to a grant from the Trust for Mutual Understanding.